Self-Compassion: 11 Things You Should Know 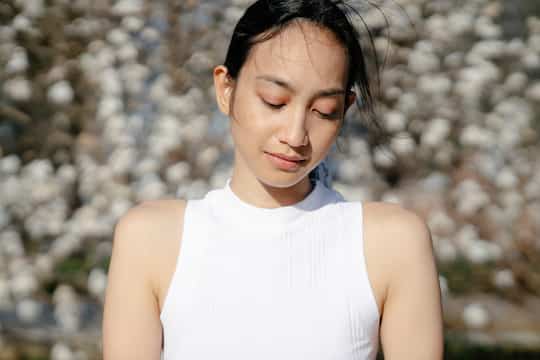 Self-compassion involves recognising that everyone makes mistakes and fails and that is just the way life is.

Self-compassion involves thinking about the self with kindness, sympathy and compassion, without evaluating, judging or being critical of the self.

The feeling of self-compassion involves recognising that everyone makes mistakes and fails and that is just the way life is.

What a wonderful world it would be if people could generate a little more self-compassion and compassion for others.

The power of compassion is stronger than empathy or sympathy because it is about imagining the suffering of others at a deeper level; consequently it is more likely to motivate action.

And compassion isn’t just beneficial for the person being helped — nurturing compassion has some remarkable psychological effects on the self.

Below are some psychology studies that reveal what you need to know about compassion and self-compassion.

All of these studies show that the following quote from the Dalai Lama couldn’t be more true:

“If you want others to be happy, practice compassion.

If you want to be happy, practice compassion.”

1. Self-compassion can be learned

Compassion is not something you either have or you don’t — it can (and should) be learned and nurtured.

That’s been demonstrated by Weng et al. (2013) who gave participants a one-day course in loving kindness meditation to improve their self-compassion.

This helps foster benevolent and loving feelings towards the self and others.

After the self-compassion training, people felt better in themselves, were more compassionate towards others and there was more activation in the areas of the brain associated with love, affiliation and positive emotion.

This was true even when they were shown videos of people in distress which previously had caused negative emotions.

The lead author of the study, Helen Weng said:

Using this systematic approach, we found that people can actually build up their compassion ‘muscle’ and respond to others’ suffering with care and a desire to help.”

It’s all very well feeling more compassionate, but it’s not much use if you don’t do anything about it.

Compassion, though, can be a powerful motivating force.

In one study, participants who had been meditating were given an undercover test of their compassion (Condon et al., 2013).

They were sat in a staged waiting area with two actors when another actor entered on crutches, pretending to be in great pain.

The two actors sat next to the participants both ignored the person who was in pain, sending the unconscious signal not to intervene.

3. Happier and healthier with compassion

Along with being beneficial to others, experiencing more compassion benefits your own psychological and physical health.

A study by Fredrickson et al. (2008) had participants direct their loving compassion towards themselves over a week, then in the next week towards their loved ones.

The researchers found that those participants who had been randomly assigned to meditate compassionately showed increased levels of daily happiness compared with a control group.

Not only this, but those meditating compassionately also experienced less depression, had higher satisfaction with life and were in better physical shape.

The power of compassion also reaches into the body’s immune and stress response systems.

Neuroscientists have found that increased loving compassion can be measured in the living brain.

In a study by Lutz et al. (2008), expert and novice meditators generated a mental state of loving-kindness-compassion while their brains were scanned.

At certain points while participants were in the brain scanner the experimenters fed in sounds of distress.

While the participants were concentrating on being compassionate, the brain regions responsible for the processing of emotions were enhanced, compared with when they were at rest.

In addition, the areas associated with empathy and understanding other people’s minds were also more active.

Since compassionate thought boosts activity in the empathic centers of the brain, it also boosts empathic accuracy.

Mascaro et al., (2013) gave participants a test of empathy called the ‘Mind in the Eyes Test’ which involves guessing emotions from only a pair of eyes.

Those who’d completed a short course on compassion did better on the test, showing that their empathic accuracy was enhanced.

Beforehand, some participants had been given short-term compassion training.

Their test results were compared with a control group who had received memory training.

The compassion training group demonstrated more prosocial behaviour–in other words they were more helpful towards others.

The pain of others is distressing and it’s a natural reaction to avoid people in pain.

That’s what Klimecki et al. (2013) found when they gave participants compassion training and then exposed them to a video about people in distress.

After the training people responded neurally with more love, affiliation and positive emotions to suffering.

9. Self-compassion is the antitoxin of the soul

Self-compassion is sometimes seen as the ‘soft option’, but it shouldn’t be as it can be highly motivating.

Let’s take an example: imagine someone is trying to deal with a recent period of low self-confidence.

Here are three possible ways to deal with it:

When psychological researchers tested these approaches they found that self-compassion was surprisingly powerful (Breines & Chen, 2012).

In comparison to self-esteem boosting and distraction, this study found that self-compassion was most likely to help participants:

So, self-compassion did not emerge as the soft-option: in fact, quite the opposite.

By being sympathetic and non-judgemental towards the self, people were able to avoid both harsh self-criticism and potentially fragile self-enhancement.

When participants thought back to insecurities in their relationships, their shyness or social anxieties, it was showing compassion towards themselves that helped the most.

This may be because self-compassion builds a more balanced way of reacting to both failures in ourselves and difficult situations we find ourselves in.

“Compassion is the antitoxin of the soul: where there is compassion even the most poisonous impulses remain relatively harmless.”

Self-compassion is also linked by research to more:

“Our research provides evidence to support the positive impact that self-compassion can have on the brain and body when dealing with rejection, disappointment and setback.”

The study included 40 people who were asked to be either self-compassionate or critical about themselves before their brains were scanned.

“Using brain imaging techniques, we found that when faced with rejection or disappointment, practicing compassion helped reduce activation within brain regions associated with threat, such as the amygdala.

In contrast, people who were critical of themselves due to these disappointments had heightened activation within the brain’s neural networks associated with threat and pain.”

11. How to develop self-compassion

You can listen to and follow the self-compassion exercise used in the study carried out by Kim et al., 2020 (it takes 15 minutes) here:

Think about a recent negative experience and write about it.

Crucially, though, you need to write about it while being compassionate towards yourself.

In other words: don’t be too critical and recognise that everyone makes mistakes.

In addition, a practical approach to boosting self-compassion is explained in my ebook “Accept Yourself“.