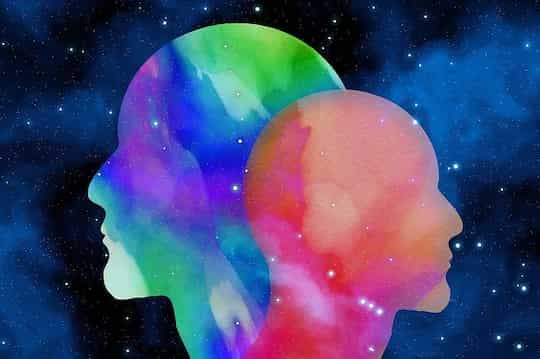 Cognitive psychology reveals insights into how we think, reason, learn, remember, produce language and even how illogical our brains are.

Fifty years ago there was a revolution in cognitive psychology which changed the way we think about the mind.

The ‘cognitive revolution’ inspired cognitive psychologists to start thinking of the mind as a kind of organic computer, rather than as an impenetrable black box which would never be understood.

This metaphor has motivated cognitive psychology to investigate the software central to our everyday functioning, opening the way to insights into how we think, reason, learn, remember and produce language.

Here are 10 classic examples of cognitive psychology studies that have helped reveal how thinking works.

Without experts the human race would be sunk.

But what is it about how experts think which lets them achieve breakthroughs which we can all enjoy?

The answer is in how experts think about problems, compared with novices, cognitive psychology reveals.

That’s what Chi et al. (1981) found when they compared how experts and novices represented physics problems.

Novices tended to get stuck thinking about the surface details of the problem whereas experts saw the underlying principles that were operating.

It was partly this deeper, abstract way of approaching problems that made the experts more successful.

Short-term memory is a lot shorter than many think, cognitive psychologists find.

We know that because of a classic cognitive psychology study carried out by Lloyd and Margaret Peterson (Peterson & Peterson, 1959).

Participants had to try and remember and recall three-letter strings, like FZX.

When tested, after 3 seconds they could recall 80 percent of them, after 18 seconds, though, they could only remember 10 percent.

Here’s a quick test for you, and don’t be surprised if your brain overheats:

“You are shown a set of four cards placed on a table, each of which has a number on one side and a coloured patch on the other side.

The visible faces of the cards show 3, 8, red and brown.

Which card(s) must you turn over in order to test the truth of the proposition that if a card shows an even number on one face, then its opposite face is red?”

The answer is you have to turn over the ‘8’ and the brown card (for an explanation search for “Wason selection task” — even after hearing it, many people still can’t believe this is the correct answer).

If you got it right, then you’re in the minority (or you’ve seen the test before!).

When Wason conducted this classic experiment, less than 10 percent of people got it right (Wason, 1968).

Cognitive psychology finds that our brains are not set up for this kind of formal logic.

The way you frame a problem, argument or statement can have huge effects on how people perceive it.

Think about risk for a moment and the fact that people don’t like to take chances.

They dislike taking chances so much that even the whiff of negativity is enough to send people running for the hills.

That’s what cognitive psychologists Kahneman and Tversky (1981) demonstrated when they asked participants to imagine 600 people were affected by a deadly disease.

There was, they were told, a treatment, but it is risky.

If you decided to use the treatment, here are the odds:

When told this, 72 percent of people thought it was a good bet.

But, when presented the problem this way:

…the number choosing it dropped to 22 percent.

The beauty of the study is that the outcomes are identical, it’s just the framing that’s different.

Cognitive psychology shows that the way we think is heavily influenced by the terms in which issues are expressed.

We actually have two sets of eyes — one set real and one virtual, cognitive psychology finds.

We have the real eyes moving around in their sockets, but we also have ‘virtual eyes’ looking around our field of vision, choosing what we pay attention to.

People are using their virtual eyes all the time: for example, when they watch each other using their peripheral vision.

You don’t need to look directly at an attractive stranger to eye them up, you can look ‘out of the corner of your eye’.

Cognitive psychologists have called this the ‘spotlight of attention’ and studies have actually measured its movement.

It means we can notice things in the fraction of a second before our eyes have a chance to reorient.

→ Read on: The Attentional Spotlight

It’s not just vision which has a kind of spotlight, our hearing is also finely tuned, cognitive psychologists have discovered.

It’s like when you’re at a cocktail party and you can tune out all the voices, except the person you’re talking to.

Or, you can tune out the person you’re talking to and eavesdrop on a more interesting conversation behind.

A beautiful cognitive psychology demonstration of this was carried out in the 1950s by Cherry (1953).

He found that people could even distinguish the same voice reading two different messages at the same time.

→ Read on: The Cocktail Party Effect

If you take a toy duck and show it to a 12-month-old infant, then put your hand under a cushion, leave the duck there and bring your hand out, the child will only look in your hand, almost never under the cushion.

At this age, children behave as though things they can’t see don’t even exist.

And yet, just six months later, a child will typically look under the cushion, studies in cognitive psychology have found.

It has learnt that things that are hidden from view can continue to exist — this is known as object permanence.

This is just one miracle amongst many in developmental  psychology and cognitive psychology.

8. The McGurk effect in cognitive psychology

The brain is integrating information from all our senses to produce our experience, cognitive psychology shows.

This is brilliantly revealed by the McGurk effect (McGurk & MacDonald, 1976).

Watch the following clip from a BBC documentary to see the effect in full.

You won’t believe it until you see and hear it yourself.

The sensation is quite odd:

People sometimes think of their memories as being laid down, then later either recalled or forgotten, with little change in the memories themselves between the two.

In fact, cognitive psychology shows that the reality is much more complex and, in some cases, alarming.

One of the most dramatic studies that demonstrated memories can be changed, or even implanted later, was carried out by Elizabeth Loftus.

In her study, a childhood memory of being lost in a mall was successfully implanted in some people’s mind, despite their families confirming nothing like it had ever happened to them.

Later research in cognitive psychology have found that 50 percent of participants could have a false memory successfully implanted.

There all kinds of cognitive biases operating in the mind, cognitive psychology has found.

The Dunning-Kruger effect, though, is a favourite because it explains why incompetent people don’t know they’re incompetent.

David Dunning and Justin Kruger found in their studies that people who are the most incompetent are the least aware of their own incompetence.

At the other end of the scale, the most competent are most aware of their own shortcomings.