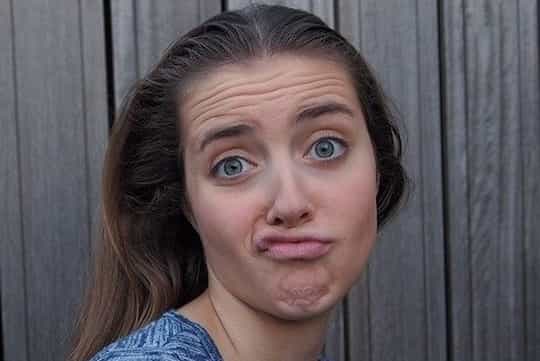 Explore these 21 classic cognitive biases in everyday thinking—and how to avoid them.

Cognitive biases in psychology are systematic biases in thinking that can be irrational.

Over the decades psychologists have discovered all kinds of cognitive biases.

Many of these cognitive biases result from our minds using little short-cuts to help us navigate through a complicated world.

Unfortunately the result of these cognitive biases can be that we reach irrational decisions.

Understanding how these cognitive biases operate may help you make better decisions in all sorts of situations, both at home and work.

More than that, though, it will help you understand your own mind.

Below are summaries of each cognitive bias, for a fuller description and how to fight them, click the link.

The Dunning-Kruger effect is a cognitive bias causing the poorest performers to be least aware of their own incompetence.

This cognitive bias has been scientifically demonstrated among undergraduates taking a classroom exam, medical students assessing their interviewing skills, clerks evaluating their performance and in many other situations.

Time and time again, the worst performers are the least aware of their own shortcomings.

There’s a flip-side to the Dunning-Kruger cognitive bias: sometimes the competent don’t know when they’re competent.

This is the worse-than-average effect.

This means that when you’re good at something, you tend to assume that other people are good at it as well.

So, when you’re faced with a difficult task that you are good at, you underestimate your own ability.

The impact bias is our tendency to overestimate our emotional reaction to future events.

Research shows that most of the time we don’t feel as bad as we expect to when things go wrong.

Similarly we usually don’t get quite the high we expect when things go right for us.

The impact bias is a cognitive bias that pervades our lives, with studies finding that:

The hindsight bias is the common cognitive bias where people assume that events could only have turned out the way they did.

The hindsight cognitive bias is sometimes known as the knew-it-all-along-phenomenon or creeping determinism.

The egocentric bias is the general rule that we think we know better.

The egocentric bias strikes in the boardroom, in schools, in hospitals and everywhere where two or more people are gathered together and one turns to the other and says: “What do you think?”

This cognitive bias is the reason why every person and every generation has to make its own mistakes.

People have a tendency not to listen until after it’s too late.

The type of memories we retrieve to make decisions are often biased to unusual examples that are either very positive or very negative.

To make decisions that will make us happy in the future we need to acknowledge how the memory bias can warp our predictions.

When making decisions about the future, we naturally use events from the past as litmus tests.

Our memories contain a huge database of experiences, all with emotions in tow, which help us work out what will give us pleasure in the future.

Research has shown that we can have considerable difficulty predicting our future requirements because our current emotional states override them.

This is called the projection bias and it occurs despite the fact that we have plenty of experience of the problem and its undesirable consequences.

The distinction bias is one of the cognitive biases that operates when we have to make choices between competing options.

For example, two of the most important choices in life are where to live and what job to take.

Both choosing a house and choosing a job have a huge impact on the rest of our lives.

Getting it right can mean years of happiness, but recent psychological research on the ‘distinction bias’ suggests we may often get it wrong, which could mean years of misery.

People expect that a good experience will be more enjoyable when it follows a bad experience.

In fact, research on jelly bean tasting shows that the contrast effect can be a complete mirage created by our expectations.

The same is true when bad experiences follow good – there is an expectation that the bad experience will then be even worse, although often it’s not.

People expect that having more options will make them happier, but often it doesn’t.

Research with gourmet jams has found people can be happier, and even better motivated, when they have fewer options to choose from.

In some situations, no choice at all may be better than choosing between two options – even when both options are equally enticing.

Children are often heard to whine to their parents: “But that’s not fair!” and their agitated parents reply: “Tough, life’s not fair.”

With age you hear people express less and less surprise at life’s unfairness.

We still whine about it, but we’re less surprised.

Still, there’s some part of us that likes to believe the world should be fair.

Psychologists call this kernel of teenage righteousness ‘the just-world hypothesis’ and it is another of the cognitive biases.

The system justification bias is one of the cognitive biases that act to maintain the status quo.

They tend to go with what they know rather than a new, unknown option.

People feel safer with the established order in the face of potential change.

That’s partly why people buy the same things they bought before, return to the same restaurants and keep espousing the same opinions.

The availability heuristic, sometimes known as the availability bias is the tendency to judge probabilities on the basis of how easily examples come to mind.

If people really understood their chances of winning the lottery, they would never buy a ticket, yet people tend to remember the instances of people winning, rather than all the people who lost.

The illusion of transparency is the cognitive bias that leads us to believe that our emotions are transparent to others.

In fact, they are not, or at least not as much as we think.

You can test this illusion by tapping out the rhythm to a song and getting a friend to try and guess what it is.

The ‘illusion of control’ is the finding in psychology that people tend to overestimate their perceived control over events in their lives.

The illusion of control is a bias in a positive direction, just like the above-average effect or the optimism bias, that help us feel better about life, even if it is at the cost of truth.

A strange thing happens in the mind when you buy something.

No matter what it is—a pair of jeans, a car or even a house—in that moment when an object becomes your property, it undergoes a transformation.

Because you chose it and you associate it with yourself, its value is immediately increased.

If someone offers to buy it from you, the chances are you want to charge much more than they are prepared to pay.

That is a cognitive bias called the endowment effect.

Illusory correlations are about when the mind makes connections that don’t exist.

For a single moment, you feel like you’ve got super-powers.

In fact, there is no link.

The anchoring bias or anchoring effect or anchoring heuristic is a cognitive bias in which people over-emphasise the first piece of information they receive.

A simple example of the anchoring bias is the first price quoted for a car: this number will tend to overshadow subsequent negotiations.

The anchoring bias means that people rely too heavily on this first piece of information, even when more is known later on.

The confirmation bias is the fact that people search for information that confirms their view of the world and ignore what doesn’t fit.

In an uncertain world, people love to be right because it helps us make sense of things.

Indeed some psychologists think it’s akin to a basic drive.

One of the ways they strive to be correct is by looking for evidence that confirms they are correct, sometimes with depressing or comic results

To understand this cognitive bias, think about driving a route that’s very familiar.

It could be your commute to work, a trip into town or the way home.

Whichever it is, you know every twist and turn like the back of your hand.

On these sorts of trips it’s easy to zone out from the actual driving and pay little attention to the passing scenery.

The consequence is that you perceive that the trip has taken less time than it actually has.

This is the well-travelled road effect: people tend to underestimate the time it takes to travel a familiar route.

The corollary is that unfamiliar routes seem to take longer.

The sobering up effect is the a cognitive bias that causes us to become more pessimistic as a big moment approaches.

If you’ve experienced something like this then you’re not alone.