Self-Awareness: Why Many Lack Self-Knowledge 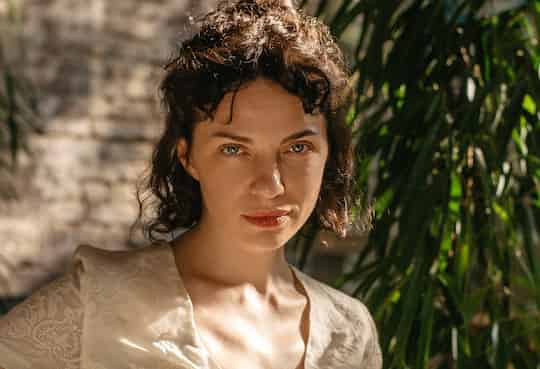 Self-awareness is low in some people and classic social psychology research helps to explain why self-knowledge eludes them.

Self-awareness is being in touch with one’s own feelings, behaviours and traits.

However, many people seem blissfully ignorant of certain aspects of their own personalities.

Take an everyday example of lack self-awareness: there are some infuriating people who are always late for appointments.

A few of these people explain it by saying they are ‘laid-back’, while others seem unaware that they’re always late.

For laid-back people, their lateness is a part of their personality, there is self-awareness and presumably they are not worried about appearing unconscientious.

For the unaware it’s almost as if they don’t realise they’re always late — they lack self-awareness.

How is that possible?

It’s probably because they’ve never noticed or paid attention to the fact that they are always late so they never learn to think of themselves as lacking conscientiousness.

Or, so suggests a psychological theory describing how we think about ourselves called self-schema theory.

This theory says that we have developed ‘schemas’, like internal maps of our personalities, which we use to understand and explain our current and future behaviour to ourselves, e.g. I’m always on time for meetings so I’m a conscientious person.

These schemas, though, can cause problems for people’s self-awareness.

However, schema theory also suggests that these maps have uncharted areas, leaving people with certain blind spots in their self-knowledge.

This aspect of self-schemas was investigated in a classic social psychology study by Professor Hazel Markus (Markus, 1977) who examined not conscientiousness, but whether people thought they had independent or dependent personalities.

To do this she gave 48 female participants questionnaires which assessed their self-perceived independence.

From their answers the women were sorted into three groups:

This third group that showed no clear pattern was labelled ‘aschematic’, i.e. having no schema about independence or otherwise — for one reason or another it was a hole in their self-awareness.

Crucially, though, this group was only arrived at after discarding the people who thought the dependence/independence dimension was important but happened to think they were independent in some situations but not in others.

Only those who truly didn’t care either way were labelled aschematic.

So, there were some people who appeared not to notice or even care about their independence (or otherwise) while others did notice it.

Why some lack self-awareness

But Markus wanted to see if people were just saying these things, or whether they actually behaved as though they were true.

To find out she invited the same participants back to the lab a few weeks later to give them a few more tests.

This time she flashed up words on a screen, some of which were related to being independent, some dependent and some neither.

It emerged that participants who had said they were independent endorsed more words associated with being independent and did so quicker.

Dependents did the same with words related to being dependent but those who were aschematic showed no preference either way.

In further tests those who had identified themselves as independent remembered more examples of independent behaviour as well as resisting an experimental suggestion that they weren’t independent.

The same pattern was seen with the dependents.

The aschematics, however, could remember few examples demonstrating either dependence or independence and could easily be swayed by experimental suggestion towards believing they were dependent or independent.

It seemed they simply hadn’t been paying any attention to situations which marked them out as either dependent or independent people.

In other words, some people lack self-awareness.

What these results confirm is that the three groups of participants did actually think in different ways about the idea of independence.

Some believed they were independent, some not and the others didn’t know or, apparently, care.

In some ways the aschematics are the most fascinating category because they are the people that seemed not to realise whether or not they were independent.

And we all have these aschematic areas in our self-knowledge, traits which are blind spots to us but are perfectly obvious to others.

Unfortunately, the only way for us to find out is to ask other people, but this may prove difficult or embarrassing.

Still, while our hidden traits might be negative, they might also be positive: people are sometimes surprisingly unaware of their charm, warmth or conscientiousness.

Whether or not we pluck up the courage, this research reveals the fascinating and unnerving idea that some aspects of our own personalities may be completely mysterious to us only because we never bothered to take any notice of them.