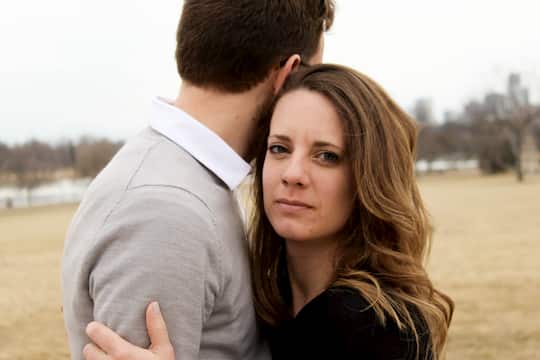 Borderline personality disorder (BPD) is thought to affect between 1 percent and 6 percent of the population.

It is more common in women than men.

While many believe that BPD is not treatable, this is not true.

Psychotherapies and even time can both help to heal the disorder.

The most telling sign of BPD is a long history of instability in personal relationships.

At one time people with BPD can idolise someone else, and soon after they hate them.

As a result those with BPS often have very intense relationships with others.

Here are 7 other signs of borderline personality disorder to look for:

1. Intense fear of abandonment or being alone, whether real or imagined.

2. The tendency to take risks without thinking about the consequences. Especially when the results hurt the self e.g. car crashes, risky sex or substance abuse.

3. Attempting to self-harm or thinking about suicide. People with borderline personality disorder are not usually trying to kill themselves when self-harming. Rather they are expressing feelings of anger towards the self or trying to feel ‘normal’.

4. Having an unstable sense of self. People with borderline personality disorder may often feel they are different people depending on who they are with. They often describe feeling lost and empty.

5. Paranoid thoughts and zoning out. Believing in things that are not true or sometimes zoning out so that it appears the person with borderline personality disorder is not really there.

7. People with borderline personality disorder are often on a kind of emotional roller-coaster. Intense anxiety could give way to intense depression, then to another strong emotion. These bouts can last a few hours or even a few days.

Mental health professionals usually look for a majority of these symptoms in order to diagnose someone with borderline personality disorder (there are some slightly different systems and related diagnoses).

“Our results showed that people with BPD traits had reduced activity in brain regions that support empathy.

This reduced activation may suggest that people with more BPD traits have a more difficult time understanding and/or predicting how others feel, at least compared to individuals with fewer BPD traits.”

BPD can make it difficult to have successful friendships and romantic relationships.

These findings could help explain why that is.”

Sometimes people with borderline personality disorder are given antidepressants.

This is because they are frequently depressed or suffering with other mental problems, such as posttraumatic stress disorder.

However, the personality disorder generally improves over time even without specialised treatment (Sharp et al., 2021).

Still, early intervention in young people is the best approach.

The majority of people can recover from a borderline personality disorder given time and the right treatment.

The cause of the condition is still not well understood.

However, it is likely a combination of genetic and environmental factors — as with many mental health problems.

People who experienced a trauma as children are 13 times more likely to have borderline personality disorder (Porter et al., 2019).

Physical neglect was the most common form of trauma experienced, followed by emotional abuse and sexual abuse.

The study found that 71 percent of those diagnosed with borderline personality disorder had experienced at least one childhood trauma.

“During childhood and adolescence, our brain is still undergoing considerable development and we are also refining strategies to deal with the challenges of everyday life, and the negative feelings that come with them.

In some people who have experienced chronic, overwhelming stress in childhood, it is likely that these responses do not develop in the same way.

They are sometimes unable to deal with intense negative thoughts and feelings, and they might resort to dangerous or unhelpful measures to feel better, such as taking drugs or self-harming.

This can lead to various mental health difficulties, including the problems commonly seen in people who receive a diagnosis of BPD.”