Narcissistic Rage: Why Narcissists Are So Aggressive 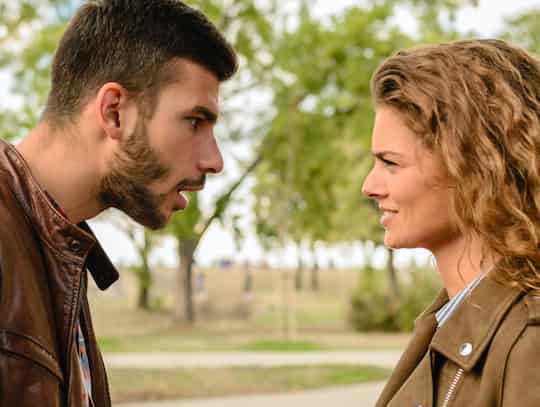 Narcissists are at high risk of going into a narcissistic rage.

Narcissistic rage is a real phenomenon, a new study finds.

Narcissistic people have a strong inclination to be aggressive and even violent.

This is true across young and old, men and women and even in different countries.

People do not have to be pathological narcissists — even ‘normal’ narcissists show an increased propensity to aggression.

Narcissists do not need to be attacked to become aggressive, however, the risk becomes higher when they are provoked by being insulted or ignored.

Unfortunately, narcissism is a risk factor for violent acts like mass shootings (Bushman, 2017).

Shooters at Columbine, Barbara and Virginia Tech all shared a  sense of narcissistic rage.

This often stems from perceived slights to their fragile sense of self.

“…I have come to the conclusion that the most harmful belief people can have is that they are superior to others.

When people believe they are superior to others, they behave very badly.

Every person on this planet is part of the human family; no person is more or less valuable than any other person.”

The results come from over 400 different studies including well over 100,000 people.

“The link we found between narcissism and aggression was significant — it was not trivial in size.

The findings have important real-world implications.”

Narcissists tend to be more aggressive in all kinds of ways including verbally, physically, directly and indirectly.

“Individuals who are high in narcissism are not particularly picky when it comes to how they attack others.

That’s a highly important finding now that we live in an online world.”

Almost everyone has some degree of narcissism, even if it is not pathological, said Professor Brad Bushman, study co-author:

“All of us are prone to being more aggressive when we are more narcissistic.

Our results suggest provocation is a key moderator of the link between narcissism and aggression.

Those who are high in narcissism have thin skins, and they will lash out if they feel ignored or disrespected.”

What is a narcissist?

The key trait of a narcissist is an overblown sense of self-importance.

Some psychologists think that narcissists are split into two types:

Others think that genuine narcissists behave the way they do because of insecurity and not because they are full of themselves.

Grandiose narcissists, meanwhile, are better seen as a variety of psychopath.

The study was published in the journal Psychological Bulletin (Kjærvik & Bushman, 2021).