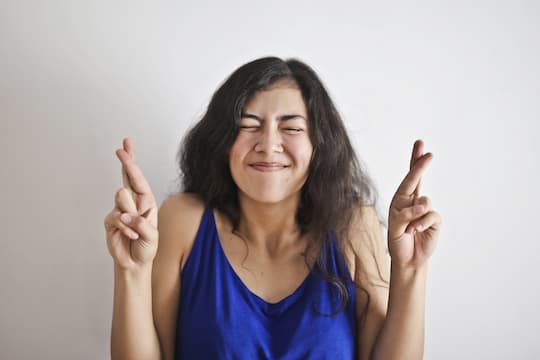 Availability heuristic or the availability bias is a cognitive bias leading people to judge probabilities on the basis of how easily examples come to mind.

The reason is that if people really understood their chances of winning the lottery, they would never buy a ticket.

Yet tickets are bought so frequently that well-run lotteries are, for the organisers, virtually a license to print money.

A heuristic is a mental shortcut

All lotteries exploit a simple heuristic, bias or mental shortcut in the way the human mind works called the availability heuristic (that and people’s desperation).

This is the tendency to judge probabilities on the basis of how easily examples come to mind.

Since lottery organisers heavily promote the jackpot winners, people are continually hearing about those who’ve won big. On the other hand they hear almost nothing about the vast majority of people who haven’t won a bean.

So people assume they are much more likely to win the lottery than they really are.

The UK lottery is promoted with the phrase “It could be you”, which, of course, is technically true. To tell the whole truth it should read: “It could be you, but it almost certainly won’t be.”

How the availability heuristic works

They thought that the bias operate unconsciously using the principle that “if you can think of it, it must be important.”

What happens is that when you try to make a decision, a number of related ideas and situations automatically come to mind.

These are likely to be biased in certain predictable ways.

For example, when deciding whether to buy a lottery ticket, you are likely to remember the lottery winner who won 100 million last week.

After remembering this, you are more likely to assume that the same will happen to you.

While the heuristic can be useful and effective for making quick decisions, it also leads us astray.

Advertisers frequently exploit the availability heuristic by making us believe that certain unlikely events are common in order to sell their wares (think of insurance and health products).

Examples of the availability heuristic

This availability heuristic affects all kinds of judgements we make that rely on memory. Here are a few more examples:

When the heuristic works well

One of my favourite examples of the availability heuristic, though, is that college students often think that in a multiple-choice test, you should always stick with your first answer, rather than changing it. In fact this is wrong and I explain why here: Multiple-Choice Tests: Why Sticking With Your First Answer is (Probably) Wrong.

And the examples go on…. when information is more obvious, vivid or easier to recall it biases the way we assess the probability of that event.

The reason we have this heuristic or bias is that some of the time it is an effective way to make quick decisions. For example, memorable events—like getting food poisoning from a bad prawn curry—teach important lessons (about cheap restaurants).

Often, though, the availability heuristic serves to make us more nervous than need be. But there is a way to beat it without resorting to a statistics textbook, an actuary and a super-computer. The key is to specifically try and recall instances of the event that aren’t so memorable. For example, how many people do you know who have:

If you’re anything like me, you’ll discover this is an awful lot of people. I find these thoughts are a good recipe for a less stressful life.