Psychobabble: The 30 Phrases People Hate The Most 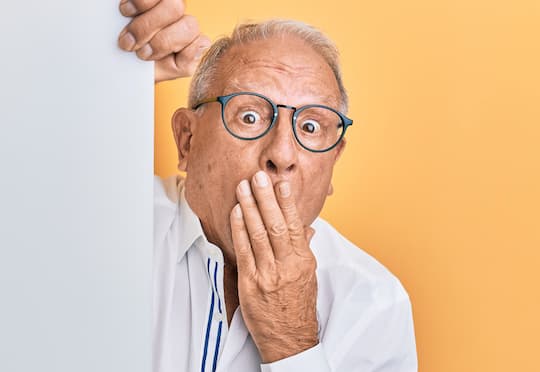 Psychobabble is often used by people to lend truth to what they are saying.

Psychobabble is when a technical psychological term is used out of context.

Many years ago I asked readers of PsyBlog to nominate and vote on their favourite examples of psychobabble.

Here are the best 30 submissions (including a few of my own).

“My pet peeve is the use of OCD in, I get really OCD about cleaning my kitchen. What’s really offensive about the usage is that it suggests one can spontaneously develop and un-develop a disorder. This is offensive to people who actually live with mental illness daily. Unless it’s interfering with your functioning, it’s not a disorder.”
Erika

2. “Using fetish to mean ‘a fascination with’ rather than its true meaning (causing sexual arousal).”
Whistler

“Hands down, my biggest peeve is: reptilian brain. I heard two doctors on Oprah talk endlessly about how past life regression therapy works (!) because it bypasses your ‘normal functioning brain’ and goes straight for the ‘reptilian brain’, garnering knowing nods from the studio audience. I nearly chucked a shoe at my TV set.”
Allison

“Every time I hear someone misuse the term acting out, I begin experiencing homicidal ideation. Of course ‘acting out’ is a psychoanalytic term denoting the enactment of an internal dynamic in the external world. You can’t recognize the internal feeling states and so it is necessary to ‘act it out.’ But even among fully trained, licensed clinical psychologists this term has come to mean ‘behaving badly’ — which of course makes it a useless term.”
David Godot

“Unfortunately, retard has become a word of choice as far as insults go. The words moron, cretin and idiot began as medical terms that got absorbed into common use over time.”
Romeo Vitelli

“I’m not a drug addict, I’ve been self-medicating.”
Ron Frederickson

“Talk it out or talk it through. I understand why the therapist wants one to endlessly relive the moment, the rape, the abuse, the arguments with mommy, but I fail to see how the constant repetition does much of anything but reinforce it. Repressed feelings, if there is such a thing, don’t automatically turn into mental bogeymen. In other places, it’s called forgetting.”
Troy Sumrall

“I’m stuck at denial. A reference to Dr. Elisabeth Kubler-Ross’ ‘five stages of grief’ which are denial, anger, bargaining, depression and, finally, acceptance. Dr. Kubler-Ross never suggested one stage had to be completed before the next and there’s little evidence for these stages anyway.”
Me

“Two terms that I think are way over used and misapplied are introvert and extrovert. Contrary to what people seem to believe, you’re not one or the other, and the huge lists of attributes that get attached to each term are by no means accurate for everyone.”
Stu

“When people claim they are bipolar when they’re really just moody. Saying you’re bipolar abdicates all responsibility for the control of your emotions.”
bigstevec

14. Their brains lit up in the scanner

“Their brains lit up in the scanner. Parts of the brain are said to ‘light up’ when we remember, lie, do our taxes and, probably, go to the toilet. Surely everyone knows this is just short-hand for increased blood-flow in a certain part of the brain? Do they hell.
Me

“In every mental health job I have worked, the real pain in the ass clients are referred to as borderline. Borderline has now ceased to be a disorder; it’s psychobabble for ‘this client is so annoying and needy I would gladly chew off my own foot to escape’.”
Danny

“What annoys me most is conversational psychoanalysing – when someone you know (outside of a therapeutic context) frequently tells you that you don’t really mean what you’re saying, that you’re in denial about your true feelings or ignoring what is going on at a subconscious level. Particularly annoying is when they then go on to tell you what you’re really feeling!”
Lirone

“The most irritating one is the word schizophrenia which is wrongly used whenever someone refer to split personalities. I just can’t hold myself back from being a besserwisser and telling them that they have no idea what schizophrenia is.”
Violette

“Being addicted to…anything. If you do something more than twice a week it’s an addiction: from sex, to video games to the internet. Are you a marketer with something to promote? Just use the word addiction and watch those headlines flood in.”
Me

“One of the richest sources of psychobabble is educational psychology, particularly in the area of giftedness. So we have every child is gifted. My favorite is the reduction of Dabrowski’s overexcitabilities (in themselves a bit dubious) to OEs, as in ‘I know I’m gifted because I’m an OE.’ And we mustn’t forget Gardner’s ‘intelligences,’ which fertilized the ground for the creation of emotional intelligence.”
Catana

“One of my most hated expressions is retail therapy.”
Gary Brandon

“People don’t talk about their emotions anymore, they vent. Contrary to the psychobabble, though, people are not like steam engines.”
Me

“Here are two glorious examples of psychobabble from the world of business… socialize, as in, ‘let’s socialize that idea around the group and get some feedback’ (translation: let’s let people know what our idea is and see if they like it), and institutionalize, as in, ‘once we’ve socialized our strategy and have gotten buy-in from our sponsors, let’s make sure it gets institutionalized throughout the organization’.”

“After a traumatic event (say, the VA Tech shootings) ‘grief counselors’ parachute in to help the survivors/witnesses get closure and move on. My father died over 20 years ago; I still don’t have ‘closure’, though I stopped grieving after what apparently was an appropriate interval. His absence is an ongoing part of my life that I don’t think will ‘close’.”
Gregory Luce

“When people confuse psychologists with psychiatrists. The general public seems to have a very rudimentary understanding of two very different professions.”
kelligirly

“Hardwired is surely one of the most abused terms in both science journalism and everyday language. According to even usually quite reliable sources, we’re ‘hardwired’ for money, risky behaviour, religion, feeling others’ pain, art, fraud, oh, and liking pink, if you’re a girl of course.”
Vaughan