The Benefits Of Electric Bikes For The Brain 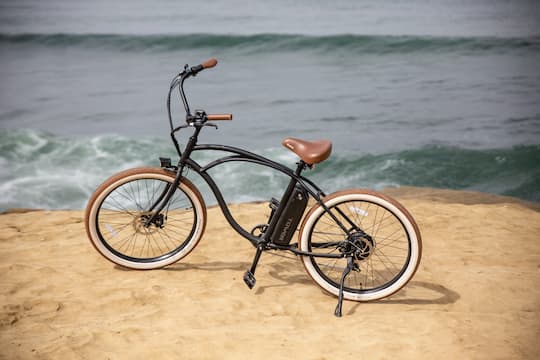 People got a boost to their mental performance and feel better using this type of bike.

Electric bikes can provide an even greater boost to brain function and mental well-being than ordinary bikes, research concludes.

Electric bikes contain motors that provide assistance to the cyclist.

The reason is that e-bikes give people confidence that they will be able to complete their ride.

Even without much physical exertion, being outside makes people feel much better, the study found.

“It is really encouraging that this research suggests older adults’ cognitive function (particularly what we call executive function as well as processing speed) could be improved by cycling in the natural/urban environment, even when that was on an electrically assisted e-ike.

Furthermore, we found that some aspects of mental health and well-being increased in participants, who cycled on an e-bike for an hour and a half a week for an eight-week period.

This suggests that there may be an impact of exercising in the environment on executive function and mental health. “

The results showed that cycling outdoors provides a brain boost, even when people use e-bikes.

“Among the older adults involved in this project, e-bikes have a number of very positive benefits and in some cases even more so than standard cycles.

What surprised us is that these benefits are not only linked to the extra levels of exercise.

We had thought that those who used traditional, pedal-only powered bikes would have the greatest brain and mental health boost, as they would be giving their cardiovascular systems the biggest workout.

Instead, people who used e-bikes told us that they felt more confident in completing the requested activity of three 30-minute rides a week for eight weeks, compared to pedal bikers.

The fact that the group was able to get outside on a bike, even without much physical exertion, is likely to make people feel mentally better.

If having a bit of extra help from an electric motor encourages more people to cycle, the positive effects can be shared across a wider age range and with people who are less confident on a bike.”

The study was published in the journal PLOS ONE (Leyland et al., 2019).