The Diets That Prevent Heart Disease 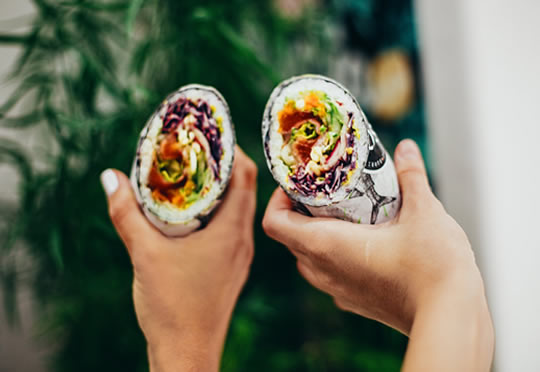 These diets can reduce the risk of coronary heart disease and the risk of diabetes as well as keeping you in shape.

Vegetarian, vegan, and fish-based (pescetarian) diets are associated with a lower risk of heart disease compared to diets that contain meat.

Vegetarians (including vegans) have 10 fewer cases of coronary heart disease per 1000 people over 10 years, compared to meat eaters.

The difference could be related to lower rates of high blood pressure and blood cholesterol, lower body mass index (BMI is used to measure healthy weight), and lower rate of diabetes.

Alternative diets to meat have become popular lately and more people are going vegetarian and vegan, due to the health benefits and caring about animal welfare and the environment.

A large UK study analysed data from 48,188 adults and found that vegetarians and vegans had a 22 percent (pescetarians 13 percent) lower risk of coronary heart disease in comparison to meat eaters.

However, the study also found that vegetarians and vegans had a 20 percent higher risk of stroke, which was mainly due to hemorrhagic stroke.

Hemorrhagic stroke occurs when a weak blood vessel collapses and bleeds into the brain.

The researchers suggest that lower circulating cholesterol and low intakes of nutrients like vitamin D, vitamin B12, essential amino acids, omega−3 fatty acids may be the factors that affected the increased risk of stroke in vegetarians and vegans.

The research doesn’t explain if these people were on plant-based diets or also consuming dairy such as milk, eggs and nuts.

If a vegetarian diet contains dairy such as butter, cheese, and milk, eggs; seeds such as chia, hemp, and flax; nuts such as brazil and walnuts, it would supply dietary sources of vitamin D, vitamin B12, essential amino acids, and other nutrients as well as cholesterol.

The missing omega-3 fatty acids from vegetarian diets are eicosapentaenoic acid (EPA) and docosahexaenoic acid (DHA) which are found in fish and supplementation with fish oil.

But algae and algal oil supplements to some extent contain these two forms of omega-3 fatty acids and therefore are beneficial to vegetarians and vegans.

As for vitamin D, the main source is sunshine, by exposure to sunlight the ultraviolet rays hit cholesterol in the skin cells to synthesise the vitamin.

Iron is another nutrient that is higher in meat compared to non-meat foods, but dried fruits and pulses such as dal are good sources of this nutrient.

The other issue is that the data in this study was collected between 1993 and 2001 and the vegetarian diet has improved in this period.

“Participants were all from the UK where dietary patterns and other lifestyle behaviours are likely very different from those prevalent in low and middle-income countries where most of the world’s vegetarians live.

Shifting towards plant based dietary patterns for reasons of personal or planetary health does not necessarily mean becoming a vegetarian.

Indeed, populations in some low and middle income countries who consume very low amounts of animal source foods may benefit from being able to eat a little more of these foods to gain additional nutrients necessary to help combat all forms of malnutrition.”