The Reason Poor Sleep Is A Barrier To Weight Loss 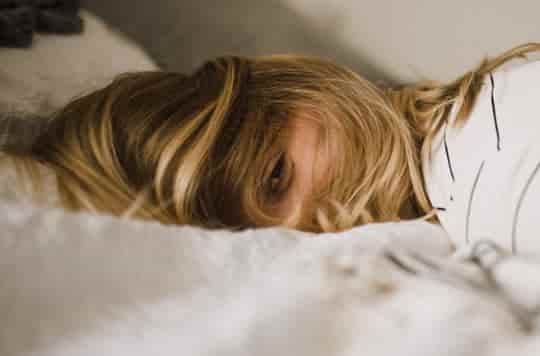 The brain’s pleasure centre begs for more food when you repeat this habit.

Only a few days of being short on sleep is enough to make you feel hungry even after eating a big, high-fat meal.

Additionally, the digestion and absorption of fat during a high-fat meal will change after poor sleep and put you at higher risk of obesity and diabetes.

Poor sleep has been shown to affect the metabolism and now a study demonstrates that lack of sleep changes the fat metabolism from food.

These changes weaken or damage the breakdown or storage of fats for energy.

We know if the metabolism is higher then we will burn more calories and so it is easier for our body to maintain or lose weight.

The study created a restricted-sleep schedule similar to the American work week, ensuring that participants slept only 5 hours in the sleep lab.

After a few nights of limited sleep, participants were given a high-fat dinner that was a bowl of chili mac and contained 1,041 kcal.

“It was very palatable — none of our subjects had trouble finishing it — but very calorically dense.”

Surprisingly, after that large meal they were still felt hungry and unsatisfied.

The fullness feeling was slightly improved after one night of recovery sleep, although they didn’t get back to the healthy level from the start of study.

Then, the participants’ blood samples were tested and the researchers saw that limited sleep affected the postprandial blood lipids.

This was causing a rapid clearance of lipids in the blood after a meal — this makes people more susceptible to putting on weight.

“The lipids weren’t evaporating — they were being stored.”

The subjects in this study were healthy young people and the study was highly controlled to create an imperfect model.

“This study’s importance relies on its translational relevance.

A high-fat meal in the evening, at dinnertime — and real food, not something infused into the vein?

The study was published in the  Journal of Lipid Research (Ness et al., 2019).