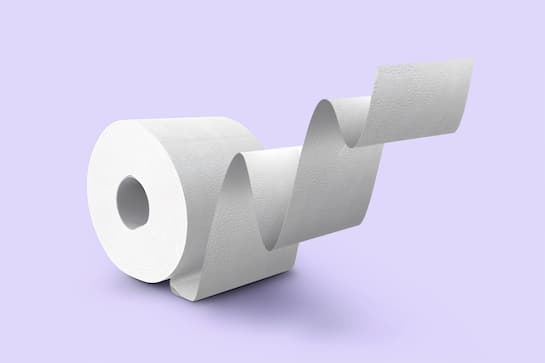 The reason people stockpiled toilet paper in the pandemic.

Conscientious and emotional people were the most likely to stockpile toilet paper in March 2020, a new study finds.

Despite calls from governments around the world to avoid panic buying, sales of toilet paper went up 700 percent in response to the pandemic.

But why toilet paper?

“…people experience an increased sensitivity to disgust in times of a spreading disease and toilet paper is hypothesized to serve as a symbol of safety alleviating the perceived threat.

Consequently, stockpiling toilet paper during the Covid-19 pandemic should be observed primarily among those who feel particularly threatened by the virus.”

The study included 966 people in 22 countries who were given personality tests and asked about their toilet paper consumption in recent weeks.

The results showed that people who felt most threatened by the pandemic were more likely to stockpile toilet paper.

Emotional people are those who tend to worry and feel more anxious.

The other personality trait linked to stockpiling toilet paper was conscientiousness.

People who are conscientious tend to be perfectionist, hard workers who prefer planning ahead.

The study also found that older people and Americans were more prone to stockpiling than the young and European.

Although stockpiling has been labelled selfish, the threat that people faced has a strong effect, the authors write:

“Although stockpiling as a result of perceived threat might be considered selfish by some, it is important to note that it would not necessarily reflect a dispositional lack of prosociality.

Instead, even the most humble and moral individuals might stockpile toilet paper as long as they feel sufficiently threatened by the pandemic.”