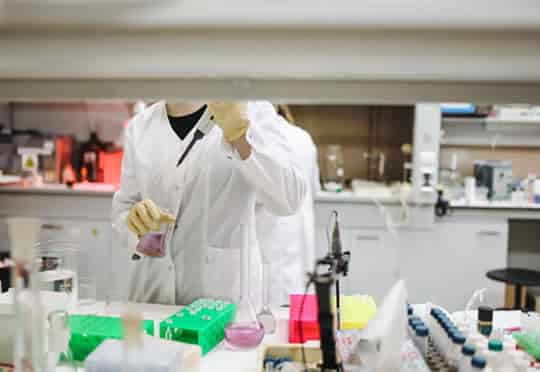 Powerful antibodies found in the blood of coronavirus survivors could protect patients who are in the early stage of infection.

Injection of monoclonal antibodies (mAbs) is a potential treatment against SARS-CoV-2 infection.

The treatment gives a vaccine-like protection which suppresses the severity of illness and stays long enough in patients’ blood to help the immune system getting rid of antigens.

A team from Scripps Research identified potent antibodies against the virus in patients recovered from COVID-19.

The therapy could potentially prevent the COVID-19 disease and now it is set for clinical trials.

“The discovery of these very potent antibodies represents an extremely rapid response to a totally new pathogen.”

Such antibodies could be ready long before a vaccine and could give temporary vaccine-like protection to some people such as the elderly and healthcare workers as well as those patients who tested positive.

Identifying neutralising antibodies from recovered patients and then giving them to new patients has previously been successful.

The approach has been used for deadly viruses like Ebola and respiratory syncytial virus (RSV) infection, a common cause of pneumonia.

These antibodies can be manufactured in large quantities and, since they circulate in the patient’s blood for a few weeks, they last long enough to fight off the infection.

“We leveraged our institution’s decades of expertise in antibody isolation and quickly pivoted our focus to SARS-CoV-2 to identify these highly potent antibodies.”

SARS-CoV-2 binds to these receptors to infect and destroy healthy human cells.

The team then tested these antibodies to see if they can attach to the virus and stop them from infecting the test cells.

The team found several antibodies that could protect the test cells against the infection.

The researchers say if clinical trials go well then the anti-SARS-CoV-2 antibodies would be ready by January 2021.

“We intend to make them available to those who need them most, including people in low- and middle-income countries.”

“It has been a tremendous collaborative effort, and we’re now focused on making large quantities of these promising antibodies for clinical trials.”

In addition to identifying anti-SARS-CoV-2 antibodies the team found a neutralising SARS-CoV antibody.

SARS-CoV is the virus responsible for the severe acute respiratory syndrome (SARS) outbreak in Asia during 2002 to 2004.

“That discovery gives us hope that we will eventually find broadly neutralizing antibodies that provide at least partial protection against all or most SARS coronaviruses, which should be useful if another one jumps to humans.”

The study was published in the journal of Science (Roger et al., 2020).