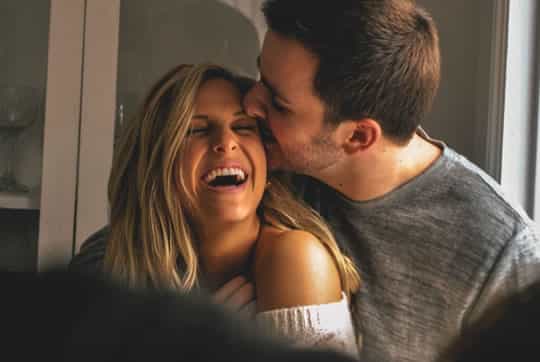 “How will I feel in one year about this current conflict in my relationship?”

That is the first question that makes people feel better about their relationship conflicts.

After asking this question, people feel more positive about their relationship, research reveals.

Taking up a future perspective like this causes people to interpret their relationship in a more positive light.

When people think about their future together, they tend to be more forgiving about current conflicts.

For the study, couples were asked to think back to a recent conflict.

Half took a future-orientation to it while the remainder described it in the present.

People who imagined themselves in the future felt more positive about their relationships, the results showed.

A future orientation encouraged people to be more forgiving to their partner and also blame them less.

How are you feeling?

A second simple question that can improve relationships is asking “How are you feeling?”

This is because couples are often poor at knowing when their partner is sad, lonely or a little down.

Instead, couples tend to assume their partner feels the same way as they do.

Asking “How are you feeling?” and working on ’empathic accuracy’ could improve the relationship.

Sadness and loneliness were particularly difficult to read, researchers have found.

The study was published in the journal Social Psychological and Personality Science (Huynh et al., 2016).