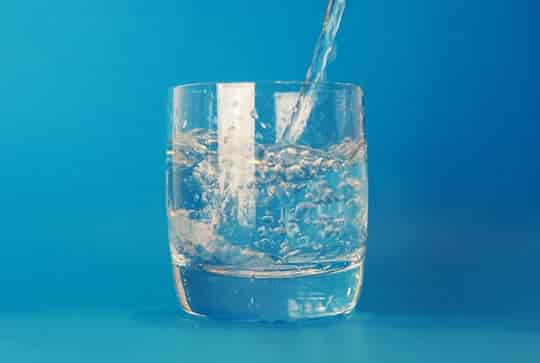 This drink helps to reduce the number of calories consumed, the researchers found.

Drinking a couple of glasses of water before every meal boosts weight loss significantly, studies find.

People in the study drinking this much water lost 5 pounds more than a comparison group.

A previous study has found that people who drank a pint of water 30 minutes before every main meal lost almost 10 pounds in 12 weeks.

Water in the stomach before a meal helps to reduce the number of calories consumed, the researchers found.

“We found in earlier studies that middle aged and older people who drank two cups of water right before eating a meal ate between 75 and 90 fewer calories during that meal.

In this recent study, we found that over the course of 12 weeks, dieters who drank water before meals, three times per day, lost about 5 pounds more than dieters who did not increase their water intake.

The current study included 48 overweight or obese people who were put on a low-calorie diet for 12 weeks.

Half drank two cups of water before each meal and the other half did not.

The results showed that water drinkers lost 15.5 pounds, compared to 11 pounds in the non-water-drinking group.

This includes all beverages, such as tea, coffee and water.

Be aware that it is possible to drink too much water: a condition known as water intoxication.

The study was published in the journal Obesity (Dennis et al., 2010).