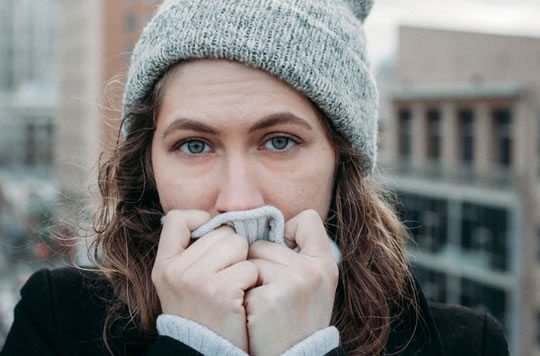 Taking around 4,000 IU of vitamin D could help to ward off this symptom.

Frequently becoming sick from respiratory infections like colds and the flu can be a sign of vitamin D deficiency, research suggests.

Vitamin D is critical to supporting the immune system and fighting off infection.

Taking around 4,000 IU of vitamin D can help to ward off infections, some studies have found.

One recent study found that taking vitamin D supplements could reduce the risk of infection by 40 percent.

“After studying these patients for a year, we found a 40 percent reduction in acute respiratory illness among those who took higher doses of vitamin D.

The conclusions come from a clinical trial of 107 patients in nursing homes.

They were followed for 12 months to observe the number of acute respiratory infections (ARIs) they suffered.

The results showed that higher doses of vitamin D reduced the risk of ARIs by almost half.

“This is a potentially life-saving discovery.

There is very little in a doctor’s arsenal to battle ARI, especially since most are viral infections where antibiotics don’t work.

But vitamin D seems able to potentially prevent these infections.”

Taking vitamin D supplements has few risks, although the study did find that the higher level was linked to more falls.

“If our results are confirmed by a larger trial, high dose vitamin D, ideally using daily dosing to minimize fall risk, has the potential for substantial public health benefit through ARI prevention for the large and growing population of long term care residents.”

Other signs of vitamin D deficiency include fatigue and tiredness, back pain, depression, muscle pain and even hair loss.

The study was published in the Journal of the American Geriatrics Society (Ginde et al., 2016).