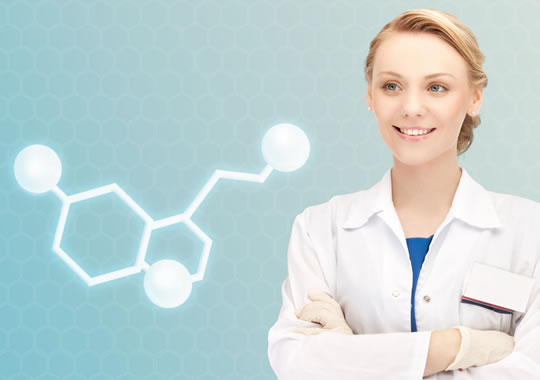 Depression, autism, attention deficit hyperactivity disorder (ADHD), bipolar disorder and even schizophrenia have all been linked to low levels of vitamin D and omega-3.

Low levels of serotonin have been found to impair memory, planning, social behaviour and increase impulsiveness and aggression.

Supplementation with these essential nutrients has shown promise in improving some of these conditions.

Until now, though, scientists have been unsure of the mechanism of how omega-3 and vitamin D benefits such a wide range of conditions.

The new study, published in the FASEB Journal, finds that the link could be how they interact with serotonin, a vital neurotransmitter (Patrick & Ames, 2015).

“In this paper we explain how serotonin is a critical modulator of executive function, impulse control, sensory gating, and pro-social behavior.

We link serotonin production and function to vitamin D and omega-3 fatty acids, suggesting one way these important micronutrients help the brain function and affect the way we behave.”

Vitamin D is mostly produced in the body when sun strikes the skin, which is why these levels tend to be much lower in the winter.

“Vitamin D, which is converted to a steroid hormone that controls about 1,000 genes, many in the brain, is a major deficiency in the US and omega-3 fatty acid deficiencies are very common because people don’t eat enough fish,”

The researchers think that the correct intake of both omega-3 fatty acids and vitamin D benefits many brain disorders.