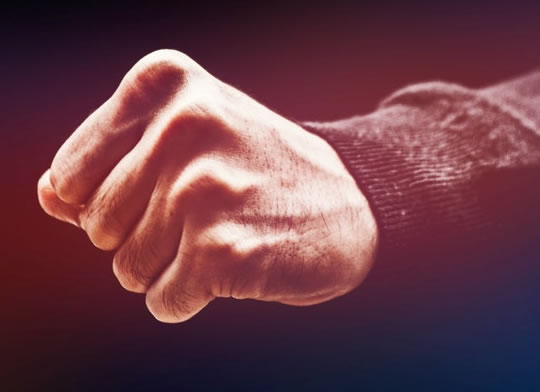 People who have a stronger hand grip have healthier brains, research finds.

In both young and old, stronger hand grip is linked to a healthier brain.

People with a stronger grip are less likely to develop brain-related diseases, such as dementia and stroke.

Another sign of good brain health is the ability to walk 100 metres in good time.

People who walk faster have better memories and larger brains.

They also perform better on tests of language and decision-making.

For the study, 2,410 people were given tests of grip strength, walking speed and cognitive function.

Scans examined the health and size of their brains.

They were followed up over more than a decade, during which time 70 people had had a stroke and 34 developed dementia.

Having a stronger hand grip was linked to a 42 percent lower risk of stroke.

Covering 100 metres in good time was associated with a 150 percent reduction in dementia risk.

“These are basic office tests which can provide insight into risk of dementia and stroke and can be easily performed by a neurologist or general practitioner.

Further research is needed to understand why this is happening and whether preclinical disease could cause slow walking and decreased strength.”

Other studies have shown that people with greater grip strength have faster reaction times, are better at solving logical puzzles and have improved memories.

The research suggests that weight training may be a way to improve brain health.

It is known that aerobic training improves brain health, but the effect of weight training on the brain has not been fully investigated.

Lifting weights and strength training, though, can help to reduce depression.

Strength training can substantially improve people’s symptoms even for those with moderate depression and those who do not train that often.

Strength training, including weight-lifting, is particularly effective for people who have more severe depression symptoms.

The study was published in the journal Neurology (Camargo et al., 2015).