Social Media Use Does NOT Lead To Depression, Study Finds 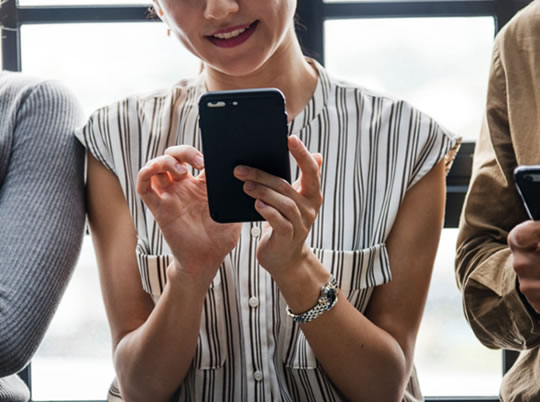 Social media use does not predict later depression, research finds.

Using social media does not predict the onset of depression, concludes new research.

The latest study, unlike previous investigations, followed people for up to six years to see which came first, social media use or depression.

The results showed that heavier social media users did not become more depressed later on.

However, one group of young people (adolescent girls) who were already depressed did end up using social media more.

This suggests social media use does not cause depression, but could be a way of dealing with it (whether successful or not).

“This finding contrasts with the idea that people who use a lot of social media become more depressed over time.

Instead, adolescent girls who are feeling down may turn to social media to try and make themselves feel better.”

The study followed 594 Canadian children from the 6th, 7th and 8th grades for two years, as well as 1,132 undergraduate students for six years.

Ms Heffer explained the reasoning behind this strategy:

“You have to follow the same people over time in order to draw the conclusion that social media use predicts greater depressive symptoms.

By using two large longitudinal samples, we were able to empirically test that assumption.”

The results showed that social media use did not predict later depression.

However, specifically among adolescent girls, being depressed predicted increasing use of social media.

“There may be different groups of people who use social media for different reasons.

For example, there may be a group of people who use social media to make social comparisons or turn to it when they are feeling down, while another group of people may use it for more positive reasons, such as keeping in contact with friends.”

The study was published in the journal Clinical Psychological Science (Heffer et al., 2019).