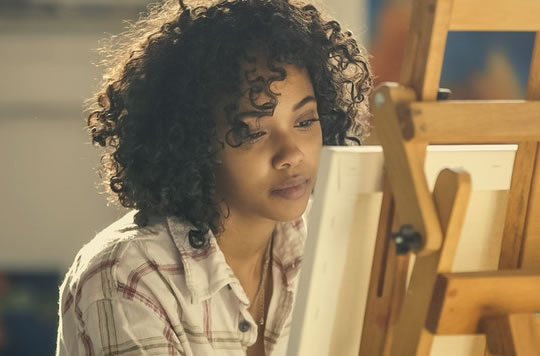 How does personality predict success in writing, the visual arts, invention, music, dance and science?

Being open to experience and intelligent are linked to greater creative achievement in life, new research finds.

People high on these traits are more likely to have professional (paid) success in writing, the visual arts, invention, music, dance and science.

Openness to experience also measures how much you like trying out new ideas or activities.

Intelligence and openness, though, bias people towards different domains:

The link between intelligence and science, as well as openness and the arts, was also seen at the genetic level.

The results come from a Swedish study of 9,537 twins.

All were given personality tests, along with being asked about their creative achievements in areas including writing, visual arts, invention, music, dance and science.

Twins were included in the study to test the influence of genetics and the environment on creativity.

The authors explain the genetic results:

“Genes associated with intelligence, however, played a significantly greater role in scientific achievement than in artistic achievement.

In fact, the majority of genetic influences on intelligence were also involved in scientific creative achievement.”

The varying importance of intelligence and openness across scientific and artistic domains probably comes down to the different demands, the authors write:

The study was published in the journal Intelligence (Manzano & Ullén, 2018).