A Risky Sign That You Are Smarter Than Average 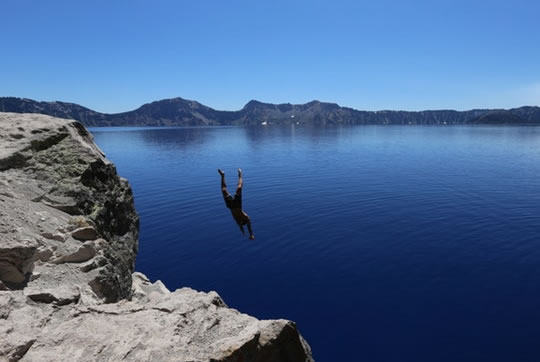 The behavior is linked to more white matter, the brain’s ‘superhighway’.

People who take calculated risks are likely to be smarter than average, research finds.

White matter is sometimes called the ‘superhighway’ of the brain: it transmits signals and regulates communication.

The researchers were surprised by the result as they expected the exact opposite: that smarter people would spend more time evaluating the situation before making a decision.

“We expected to find that young men who spend time considering what they are going to do in a given risk situation would have more highly developed neural networks in their brains than those who make quick decisions and take chances.

This has been well documented in a series of studies, but our project revealed the complete opposite.”

The results showed that high-risk takers did not hesitate as long during the game.

Dr Moe thinks that the ability to take risks is under-appreciated by society at large:

“Daring and risk-willingness activate and challenge the brain’s capacity and contribute towards learning, coping strategies and development.

They can stimulate behaviour in the direction of higher levels of risk-taking in people already predisposed to adapt to cope optimally in such situations.

We must stop regarding daring and risk-willingness simply as undesirable and uncontrolled behaviour patterns.”

Seeking out challenges helps to stimulate the brain, which may be why risk-takers have more white matter.

“All the positive brain chemicals respond under such conditions, promoting growth factors that contribute to the development of the robust neural networks that form the basis of our physical and mental skills.

The point here is that if you’re going to take risks, you have to have the required skills.

And these have to be learned.

Sadly, many fail during this learning process — with tragic consequences.

So this is why we’re wording our findings with a Darwinian slant — it takes brains to take risks.”

The study was published in the journal PLOS ONE (Vorobyev et al., 2015).