Exercise: The Minimum Amount To Get A Mental Edge 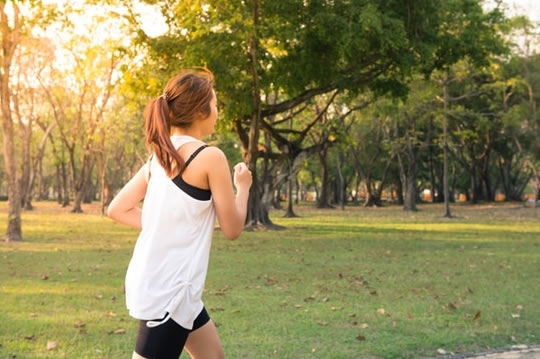 Just one 10-minute burst of physical activity is enough to sharpen attention and help us solve problems, new research finds.

In the study people did the 10 minutes on a stationary bicycle at moderate to vigorous intensity.

Immediately afterwards they showed a 14% improvement in their cognitive performance.

“Some people can’t commit to a long-term exercise regime because of time or physical capacity.

This shows that people can cycle or walk briskly for a short duration, even once, and find immediate benefits.”

Previous studies have shown brain boosts from regular exercise and even a 20-minute bout.

This is one of the shortest periods of exercise shown to be effective in improving cognition.

In the study, after the exercise, people did tricky eye movement tasks while their reactions were measured.

“Those who had exercised showed immediate improvement.

Their responses were more accurate and their reaction times were up to 50 milliseconds shorter than their pre-exercise values.

That may seem minuscule but it represented a 14-per-cent gain in cognitive performance in some instances.”

The findings can help anyone looking for a quick mental edge, said Professor Heath:

“I always tell my students before they write a test or an exam or go into an interview — or do anything that is cognitively demanding — they should get some exercise first.

The study was published in the journal Neuropsychologia (Samani et al., 2017).