The Mental Illnesses Linked To Being Left-Handed 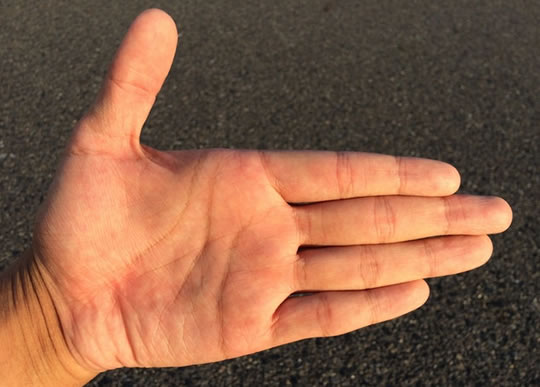 People with psychotic disorders are much more likely to be left-handed, research finds.

Among people with schizophrenia or schizoaffective disorder, fully 40% are left-handed.

Among the general population, around one-in-ten people are left-handed.

People diagnosed with mood disorders, such as depression, are no more likely to be left-handed than the usual rate.

“In general, people with psychosis are those who have lost touch with reality in some way, through hallucinations, delusions, or false beliefs, and it is notable that this symptom constellation seems to correlate with being left-handed.

Finding biomarkers such as this can hopefully enable us to identify and differentiate mental disorders earlier, and perhaps one day tailor treatment in more effective ways.”

The 107 people in the study were simply asked which hand they wrote with.

The participants were all outpatients at a psychiatric clinic.

“This told us much of what we needed to know in a very simple, practical way.

Doing a simple analysis meant that there were no obstacles to participating and we had a very high participation rate of 97%.

Patients dealing with serious symptoms of psychosis might have had a harder time participating in a more complicated set of questions or tests.

By keeping the survey simple, we were able to get an accurate snapshot of a hard-to-study subgroup of mentally ill people — those who are often poverty-stricken with very poor family and community support.”