This Selfie Angle Makes You Look Most Attractive 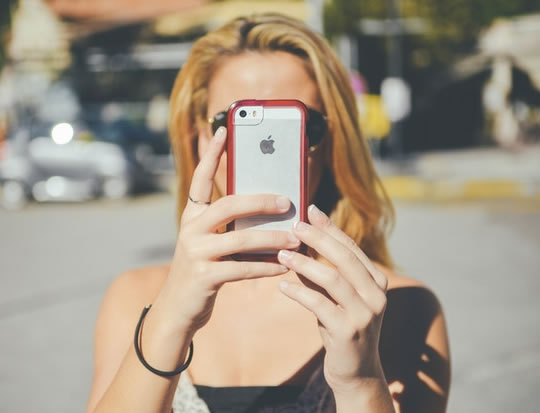 Study finds the best angle to take a selfie for both men and women.

Women look more attractive to men when their picture is taken from above, new research finds.

Men, though, appear more dominant if the picture is taken from below.

The angle the picture is taken from changes the perception of the viewer, the researchers found.

The study’s authors explained that…

“…being viewed from above (a downward angle) amplifies signs of youth and attractiveness, such as having a large eyes and forehead, and thus appears to be consistent with women’s motives.

Indeed, women appear more attractive when their heads are tilted down and they are thus viewed from a downward angle.”

For men, though, they explain:

“Being viewed from below (an upward angle) amplifies
signs of dominance, such as height and a large jaw, and thus appears to be consistent with men’s motives.

Indeed, targets appear more dominant when their heads are tilted back and they are thus viewed from an upward angle.”

Interestingly, the researchers found that men and women take pictures from different angles depending on their motive.

While women tend to take selfies from above when trying to appear more attractive, when the picture is aimed at other women, they take the picture straight on.

Men also switched from a low-angle selfie for attracting women, to a straight-on selfie if the audience was thought to be other men.

The study’s authors were inspired by dating profiles posted online.

They showed that women tended to take their online dating selfies from above.

However, for professional pictures on LinkedIn, men had a tendency to lower the camera angle, thereby making them look more dominant.

The study was published in the journal Psychological Science (Makhanova et al., 2017).