The Superfood That Reverses Brain Ageing 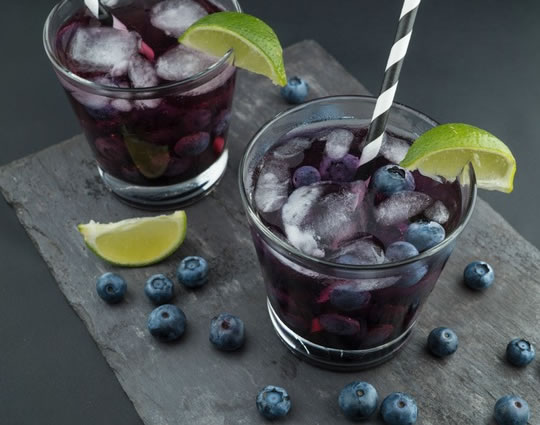 One glass per day for 12 weeks improved brain function and cognitive abilities.

The boost to brain power is likely down to the flavonoids in blueberries.

Flavonoids have antioxidant and anti-inflammatory properties.

In this study we have shown that with just 12 weeks of consuming 30ml of concentrated blueberry juice every day, brain blood flow, brain activation and some aspects of working memory were improved in this group of healthy older adults.”

For the research, 12 people were given the equivalent of 230g of blueberries in a concentrated juice each day for 12 weeks.

The remaining 14 were given a placebo.

After 12 weeks, all were tested for brain function and cognitive abilities.

“…blueberry concentrate consumed once per day (30 ml, providing 387 mg anthocyanins) for 12 weeks increased activation of brain areas associated with cognitive processes including memory and executive function, which tend to deteriorate with age.”

Antioxidants are key to the beneficial effect of blueberries.

A previous study also found blueberries stave off brain ageing, as do walnuts and strawberries.

The results for memory in this study were marginal.

However, previous research has found that blueberries can improve memory and cognitive function.

The study was published in the journal Applied Physiology, Nutrition, and Metabolism (Bowtell et al., 2017).