The Drugs That Will Make You Better At Chess 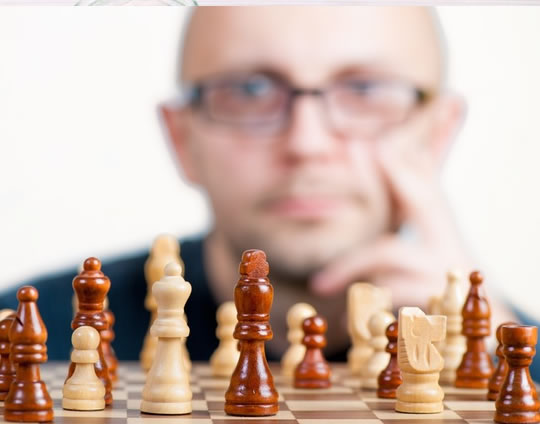 Common drugs can give you a 5% better chance of winning at chess.

Caffeine, modafinil and Ritalin can all make you better at chess, new research finds.

The study shows that cognitive enhancers like these can boost performance even when someone is not tired.

For the study 39 male chess players were given either caffeine, modafinil, Ritalin or a placebo.

They then played time-limited games of chess against a powerful programme.

“We were surprised to see that players on the drugs played more slowly than normal, indicating that their thought processes seemed to be deeper.”

“The key to this work is in understanding that players showed an improvement if under less time pressure.

The results themselves would be pretty significant in chess terms.

For example, both modafinil and methylphenidate gave an improvement coefficient of around 0.05.

In a single game, the effect is the equivalent of having the white pieces, every time, which give around a 5% better chance of winning.

These differences can be pretty significant in a competitive sport or game.

But this work also allows us to put a figure on the way that the use of these drugs can affect the way we think in a range of everyday intellectual activities, such as studying for an exam.”

Drugs such as modafinil have previously been found to enhance performance of such cognitive functions in laboratory based studies of non-sleep deprived volunteers, although sometimes at the cost of prolonging response times.

This work, one of the first to study drug effects on chess, shows that these performance enhancements can translate into real-world activities in this study of chess players who improved their performance, though sometimes at the cost of losing on time.”

The study was published in the journal European Neuropsychopharmacology (Franke et al., 2017).