Depression Reduced By This Ancient Method 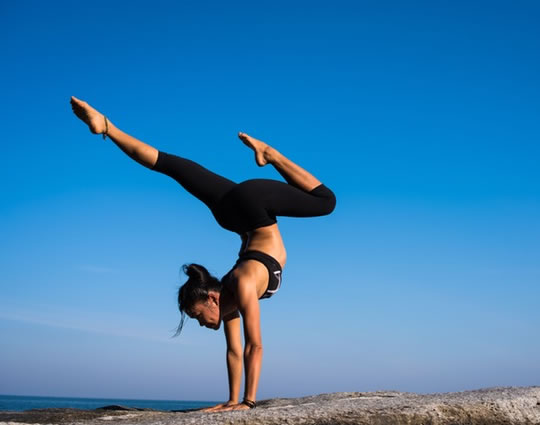 People in the study were suffering from a major depressive disorder.

They could be used as alternatives to drugs or in addition to them, the researchers suggest.

The type of yoga used in the study is named after B. K. S. Iyengar.

It is a form of Hatha yoga and focuses on being precise in the postures and the control of the breathing.

For the study, 30 people were given yoga classes and told to practice at home as well.

“This study supports the use of a yoga and coherent breathing intervention in major depressive disorder in people who are not on antidepressants and in those who have been on a stable dose of antidepressants and have not achieved a resolution of their symptoms.”

All the individuals in the study were suffering from a major depressive disorder.

“While most pharmacologic treatment for depression target monoamine systems, such as serotonin, dopamine and norepinephrine, this intervention targets the parasympathetic and gamma aminobutyric acid system and provides a new avenue for treatment.”

Unfortunately, the study did not use a control group, so this weakens its conclusions.

However, a recent study I reported on PsyBlog did compare yogic breathing with a control group.

Here are the study’s conclusions:

People in the study had depression that had not responded to antidepressant medication.

The [breathing] technique involves a series of rhythmic breathing exercises designed to put people in a calm and meditative state.

Slow and calm breaths are alternated with fast and stimulating breaths.

The new study was published in The Journal of Alternative and Complementary Medicine (Streeter et al., 2017).