How To Dramatically Improve Your Motivation 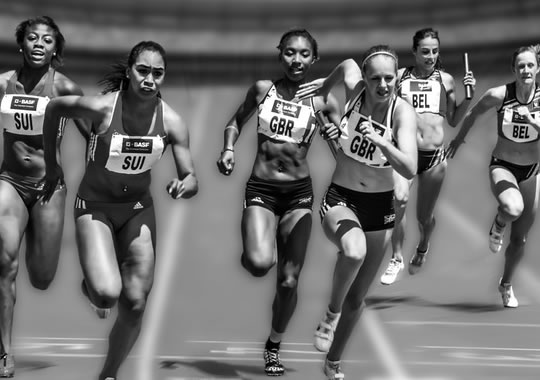 Attendance at fitness classes was 90% higher in the group that used this type of motivation.

Competition is one of the best motivators, a new study concludes.

It works much better than friendly support, which could actually backfire and reduce motivation, the researchers found.

The research involved college students being encouraged to attend classes at the University fitness centre.

The programme was managed through an internet-based social network.

The researchers tested the effects of four different types of social network interactions, some involving competition, others not.

The results showed that when competition was involved, attendance rates at fitness classes were 90% higher.

Dr Damon Centola, one of the study’s authors, said:

“Most people think that when it comes to social media more is better.

This study shows that isn’t true: When social media is used the wrong way, adding social support to an online health program can backfire and make people less likely to choose healthy behaviors.

However, when done right, we found that social media can increase people’s fitness dramatically.”

Whether it was individual or in groups — competition emerged as critical to motivation.

“Framing the social interaction as a competition can create positive social norms for exercising.

Social support can make people more dependent on receiving messages, which can change the focus of the program.”

Dr Centola speculated on why social support may not have workd:

“Supportive groups can backfire because they draw attention to members who are less active, which can create a downward spiral of participation.

Competitive groups frame relationships in terms of goal-setting by the most active members.

These relationships help to motivate exercise because they give people higher expectations for their own levels of performance.”

“In a competitive setting, each person’s activity raises the bar for everyone else.

Social support is the opposite: a ratcheting-down can happen.

If people stop exercising, it gives permission for others to stop, too, and the whole thing can unravel fairly quickly.”

The study was published in the journal Preventive Medicine Reports (Zhang et al., 2016).