This Wonderful Spice Is Superior To Antidepressants 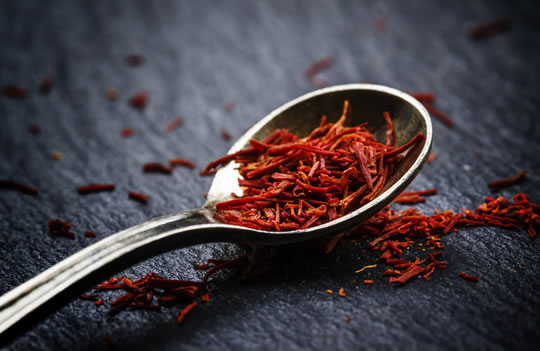 “So far the literature shows saffron is as effective as pharmaceuticals.

Saffron has had a number of really well designed, robust studies investigating its antidepressant properties and pretty much all the studies have been positive.”

Pharmaceuticals can cause a wide range of side effects.

Some of the most common side effects of pharmaceuticals are:

Saffron, though, was not linked to such severe or wide-ranging side effects, Dr Lopresti said:

“Saffron certainly had less severe side effects than pharmaceutical medication.

The most common side effect, which is really only minor, was digestive issues.”

It’s not yet known exactly why saffron works, but it is probably at least partly down to its antioxidant effect.

“What’s been found in the literature over the last ten years is that people with depression have high levels of inflammation and free radical damage associated with oxidative stress.

That led to interesting work looking into antioxidants and anti-inflammatories as antidepressants.”

Dr Lopresti hopes to carry out further studies with more people and over longer periods, he said:

“We need thousands of samples to get a good idea of the side effects, but so far it looks like there is a better safety profile for saffron.”

For anyone interested in trying saffron extract for depression, here are a couple of ideas for supplements, depending on whether you prefer a tablet or a liquid:

The doses used in the studies were 15mg taken twice daily.

They should be taken for 6-8 weeks before making a decision about whether it is helping.

The study was published in the journal Human Psychopharmacology: Clinical and Experimental (Lopresti & Drummond et al., 2014).