There Are Effective Herbs For Depression With Few Side-Effects 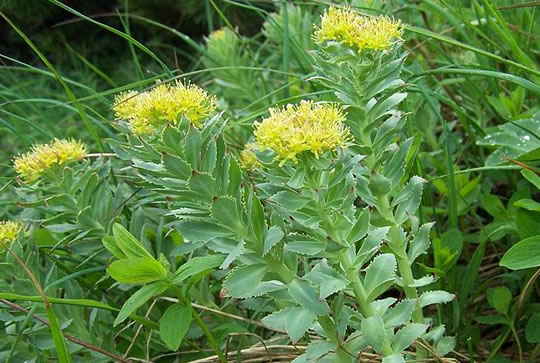 Only 30% suffered side effects on herbs for depression, compared with 60% who were on antidepressants.

The herb roseroot could be an effective alternative to antidepressants, a recent study finds.

Compared with a modern SSRI, roseroot has fewer side effects and similar antidepressant effects, finds a clinical trial.

Roseroot — a perennial flowing plant found in the world’s colder regions — has long been used in Russia and Scandinavia.

It has traditionally been used to help people deal with the stressful life and cold climate.

It is also used in traditional Chinese medicine.

The recent study tested oral R. rosea extract against sertraline, an SSRI antidepressant and compared these with a placebo.

57 people with mild to moderate depression were included in the trial.

They were all suffering from typical depression symptoms including:

They were split into three groups and given either the herbs for depression, the SSRI antidepressant, or a placebo.

The results showed that the roseroot extract had a similar effect on the symptoms to the antidepressant.

Herbs for depression have fewer side effects

But the big difference was in the side effects.

63% reported side effects from the SSRI antidepressant versus 30% on the herbs for depression.

Sexual dysfunction and nausea were twice as common among those taking the SSRI antidepressant.

“These results are a bit preliminary but suggest that herbal therapy may have the potential to help patients with depression who cannot tolerate conventional antidepressants due to side effects.

Larger studies will be needed to fully evaluate the benefit and harm of R. rosea as compared to conventional antidepressants.”

“Furthermore, many individuals with more mild depressive symptoms weigh concerns over side effects alongside the limited benefits and costs of conventional antidepressant therapy.

Thus, it is not surprising that depressive symptoms are among the most common reasons cited by consumers to choose alternative therapy.”

The study was published in the journal Phytomedicine (Mao et al., 2016).