Why Walking Through A Door Makes You Forget 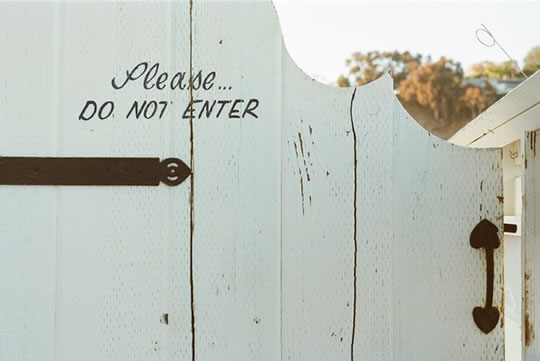 The doorway effect demonstrates that memory is easily disrupted by both our location and what we are doing.

When passing through doorways, our brains ‘file’ memories away, making it difficult to recall what we were doing, research finds.

It is as though doorways are unconsciously signalling: “That’s enough of that, now we’ll do something different.”

As a result, active memories are shunted out of consciousness.

If you have previously been blaming this on poor memory, then think again.

“Entering or exiting through a doorway serves as an ‘event boundary’ in the mind, which separates episodes of activity and files them away.

Recalling the decision or activity that was made in a different room is difficult because it has been compartmentalized.”

For the research, people in the study navigated through a series of virtual rooms and doorways.

Objects in each room were used to test people’s memories.

The results clearly showed that passing through doorways was bad for people’s memory.

The doorway effect shows how our memories are linked to the location we are in.

For example, if you return to your old school, all sorts of memories will flood back from your schooldays.

Often things you haven’t thought about for years, or even decades, will pop into your head.

The study also shows how changing both our physical and mental environment together disrupts memory.

By mental environment here, we mean whatever your plan was in one room.

For example, my plan now is to write this article here in my study.

If I go to make a cup of tea, I change my plan, from writing about this fascinating psychology study to filling the kettle.

At the same time, I am also going from the study to the kitchen.

The moral of the doorway effect is: to preserve memory, don’t leave the room!

The study was published in the Quarterly Journal of Experimental Psychology (Radvansky et al., 2016).