Anxiety And Stress Reduced By Foot Massage with These Essential Oils 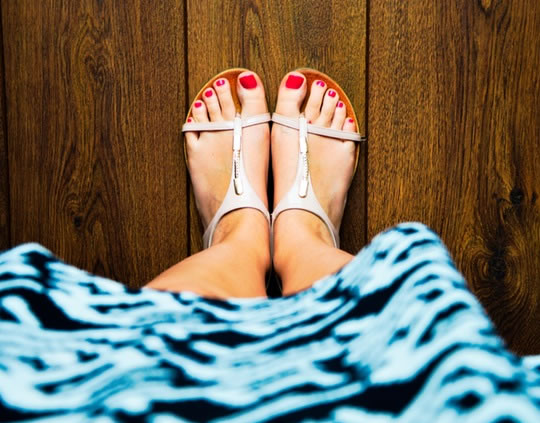 Research tests the aroma oils that can reduce anxiety and blood pressure.

People in the study gave themselves 45-minute foot massages three times a week for four weeks.

The researchers describe the essential oils they used:

“…we included lavender, ylang-ylang, marjoram, sandalwood, and chamomile in the aroma oil blend.

Lavender relaxes the autonomic nervous system, calms and relaxes the level of emotion, and alleviates insomnia, while ylang-ylang decreases BP and HR, and reduces depression and stress.”

Fifty-seven people took part in the study, which lasted 8 weeks, including four weeks of foot massages.

Half did the massages while the other half acted as a control group.

Those in the foot massage group showed lower blood pressure and anxiety after two months in comparison to the control group.

Those in the massage group also had better mental health afterwards.

It is not completely clear if the aromatherapy added anything to the foot massage, the study’s authors admit:

Other studies, though, have suggested the benefits of particular aromas, the authors write:

“…studies have shown that ambient odors of lavender and orange decreased anxiety and lightened mood in a dental office, and massages with aroma oils promoted skin absorption of the oils stimulating blood and lymphatic circulation, improving the oxygen and nutrient supply, relaxing muscle tone, and relieving emotional stress.”

In comparison to other types of treatment for hypertension, though, self-administered foot massages looks like a good bet:

“Other non-medical treatments that prevent hypertension, such as changes to an unhealthy diet, reducing excessive energy intake, increasing physical activity, and decreasing tobacco use, are not easy to maintain.

In contrast, our trial suggested that performing self-administered aroma foot massages is easy and may improve BP more than other interventions that require participants to make a lifestyle change.”

The study was published in the journal PLOS ONE (Eguchi et al., 2016).