Free Will Is An Illusion: The Brain Tricks Us Into Thinking We Are In Control 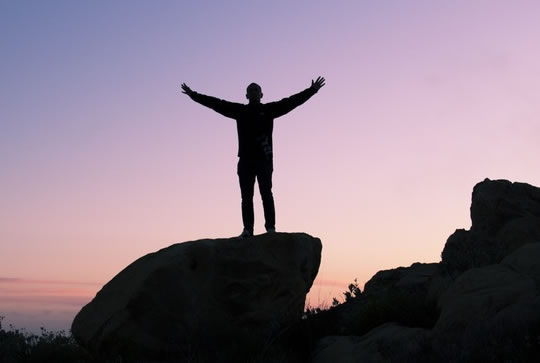 For anyone who has ever done something and then immediately wondered why, this study is for you…

Free will may actually be an illusion created after our unconscious has decided to act.

While it may feel like we are in control of our actions, this is just a fantasy our brain creates so we don’t feel left out.

At least this is one possible conclusion of a study newly published in the journal Psychological Science.

“Our minds may be rewriting history.

We find that people can feel like they have completed a choice even when this choice can be shown to have been influenced by an event that comes later.”

For the research people were asked to stare at 5 empty circles on a computer screen.

Randomly, one of these circles would turn red.

Asked to quickly predict which one it would be, people consistently reported that they were more accurate than they could possibly be.

In other words: sometimes their brains were telling them they had guessed right, even when they hadn’t.

The study might seem scant proof that free will is an illusion.

But this is just one study out of many which claim to demonstrate that our unconscious makes many decisions before we are aware of them.

According to this view, the brain then generates the feeling of conscious free will a fraction of a second afterwards.

Dr Ezequiel Morsella, one proponent of this theory, explains:

“The interpreter presents the information but is not the one making any arguments or acting upon the knowledge that is shared.

Consciousness is the middle-man, and it doesn’t do as much work as you think.”

While free will may actually be an illusion, there are all sorts of reasons that we naturally resist the notion.

For example, people who do not believe they have free will are less likely to help others and may even be more aggressive.

Since free will is very closely connected to responsibility — “I didn’t do it officer, it was my finger that decided to pull the trigger!” — there are also all sorts of moral reasons that it is useful to believe in free will.

But who said that the brain’s functioning has to conform to human morality or even to our over-inflated sense of ourselves as conscious beings creating our own lives?

The study was published in the journal Psychological Science (Bear & Bloom, 2016).