The Exercise That Leads To A Longer Life 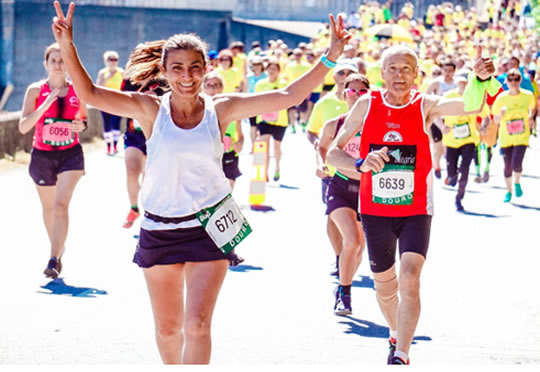 Any amount of this exercise can improve health and increase longevity.

Any amount of running at whatever speed you run — and as little as once a week — could protect you from early death.

Researchers investigated whether running or jogging can increase lifespan and, if so, will the intensity or duration of the exercise matter?

The answer was that running itself is a remedy as it can prevent the risk of death from any cause, including cancer and heart disease.

The authors of the study wrote:

“Any amount of running, even just once a week, is better than no running, while higher doses of running
may not necessarily be associated with greater mortality benefits.

Increased rates of participation in running, regardless of its dose, would probably lead to substantial improvements in population health and longevity.”

They found that any dose of running lowered the risk of early death from any cause by 27 percent when compared with no running.

The World Health Organization reports that 31 percent of adults worldwide were physically inactive in 2008 and a sedentary lifestyle accounted for 3.2 million deaths each year.

The guidelines for physical activity for adults are at least 150 minutes of moderate activity or 75 minutes of vigorous intensity activity per week.

However, this study suggests that even the smallest amount of running — for instance, a weekly run of less than 50 minutes at a speed of 6 miles (8 km) per hour — will still lower the risk of death significantly.

“Any running is probably good for your health and you can achieve those benefits by running even just once a week or running 50 minutes a week, but that shouldn’t discourage those who run more than that amount, who maybe enjoy running three times a week or six times a week.”

The study was published in British Journal of Sports Medicine (Pedisic et al., 2019).