Alcohol’s Long-Term Effect On Your Happiness May Surprise You 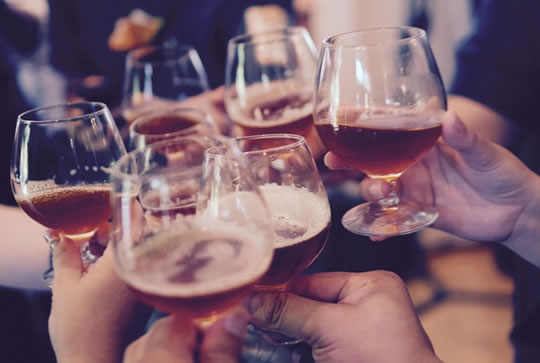 Could giving up alcohol make you happy or miserable?

Long-term happiness is not much affected by normal alcohol intake, new research finds.

So, giving up won’t necessarily make you miserable.

However, alcohol does make people feel happier in the short-term.

All those little bouts of happiness, though, don’t add up to a measurable difference in the long-term.

The only exception to this situation, the researchers found, was people with an alcohol problem, who became less satisfied with life over time.

The conclusions come from a study which looked at people’s happiness over more than a decade and linked it to their alcohol intake.

A second study had drinkers track their happiness levels moment-by-moment on their iPhones.

Both studies included tens of thousands of individuals.

“…while iPhone users are happier at the moment of drinking, there are only small overspills to other moments, and among the wider population, changing drinking levels across several years are not associated with changing life satisfaction.”