You Are 50% More Persuasive Than You Think, Research Finds 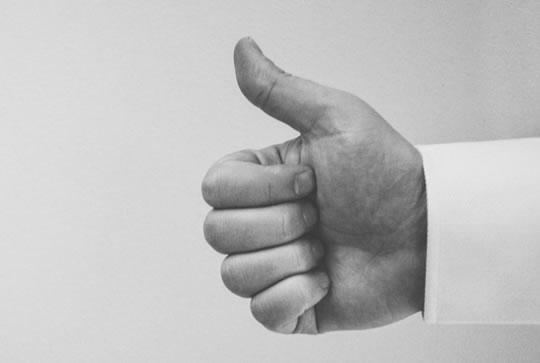 After reading this, try asking someone for a favour and see what they do.

You are actually 50% more persuasive than you think.

That is because people regularly underestimate their own powers of persuasion, psychological research finds.

In fact, people will comply with our requests much more readily than we imagine.

The conclusion comes from research which had hundreds of ordinary people ask for various favours from over 14,000 others.

The favours ranged from sponsorship in a race, through borrowing their phone to defacing a library book.

In the library study, for example, people were asked to write ‘pickle’ in a book’s front page in pen.

Many expressed concerns about getting in trouble, but 64% still went ahead and did it.

Typically, those asking for favours were surprised by just how many people were willing to carry out their wishes.

On average they underestimated other people’s compliance by about 50%.

The reason? It is harder to say ‘no’ than we imagine.

Dr Vanessa K. Bohns, who has researched this extensively, explains:

“…this phenomenon is the result of requesters’ failure to appreciate how uncomfortable it would be for targets to say “no” to a request.

A target’s refusal would constitute a “face-threatening act,” potentially calling into question the requester’s trustworthiness or the appropriateness of the request: refusing to turn over one’s cellphone could imply one does not trust the requester to give it back; refusing to engage in an act that seems ethically questionable could be seen as an attack on the requester’s morality.”

So, why are we so reluctant to ask others for a favour?

When contemplating asking others for something, we fear rejection or exposing our own supposed inadequacies.

“…when it comes to other people, we tend to lack confidence in our ability to get them to do
what we want.

Further, we may not realize the extent to which we inadvertently influence someone to do something we do not want him or her to do.

The sheer magnitude of our influence over others may impair our judgments of others’ intentionality.

Or, we may believe that individuals ultimately have responsibility for their own behavior (i.e., regardless of any social pressure, someone can always choose to do otherwise).

Yet, the literature on social influence and conformity suggests that choosing to do otherwise is far easier said than done.”

One study was published in the journal Research in Organizational Behaviour (Bohns & Flynn, 2016) and the other is forthcoming in Psychological Science (Bohns, 2016).