Neuroscientists Explain The Clash Between Religion and Science In Our Brains 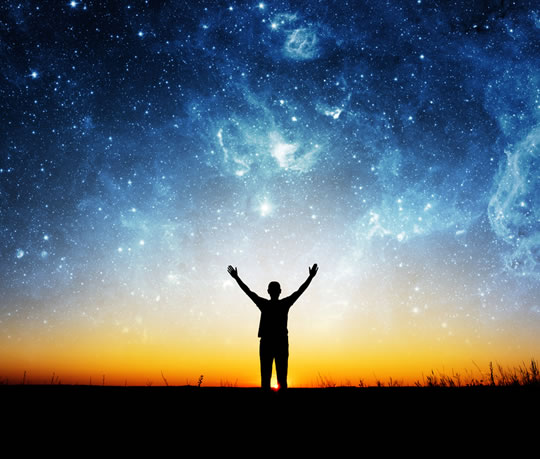 How the brain deals with conflicts between science and religion.

Religion and science activate different networks in the brain and each suppresses the other, new research finds.

The more empathic a person is, the more likely they are to be religious, the study also found.

Religious people, though, tend to suppress the circuits in the brain which are responsible for analytical thinking.

When people are thinking about the physical world analytically, they suppress the brain circuits related to empathy.

Professor Richard Boyatzis, one of the study’s authors, said:

“Because the networks suppress each other, they may create two extremes.

Recognizing that this is how the brain operates, maybe we can create more reason and balance in the national conversations involving science and religion.”

“When there’s a question of faith, from the analytic point of view, it may seem absurd.

But, from what we understand about the brain, the leap of faith to belief in the supernatural amounts to pushing aside the critical/analytical way of thinking to help us achieve greater social and emotional insight.”

Scans revealed a network of neurons which is active when we want to think critically about the world.

The brain also has a network of neurons for thinking empathetically.

“Because of the tension between networks, pushing aside a naturalistic world view enables you to delve deeper into the social/emotional side.

And that may be the key to why beliefs in the supernatural exist throughout the history of cultures.

It appeals to an essentially nonmaterial way of understanding the world and our place in it.”

Mr Jared Friedman, one of the study’s authors, said:

“Having empathy doesn’t mean you necessarily have anti-scientific beliefs.

Instead, our results suggest that if we only emphasize analytic reasoning and scientific beliefs, as the New Atheist movement suggests, then we are compromising our ability to cultivate a different type of thinking, namely social/moral insight.

“These findings, are consistent with the philosophical view, espoused by (Immanuel) Kant, according to which there are two distinct types of truth: empirical and moral.”

“Far from always conflicting with science, under the right circumstances religious belief may positively promote scientific creativity and insight.

Many of history’s most famous scientists were spiritual or religious.

Those noted individuals were intellectually sophisticated enough to see that there is no need for religion and science to come into conflict.

You can be religious and be a very good scientist.”