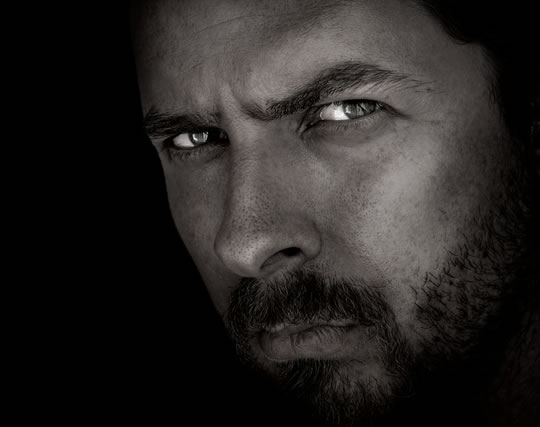 Women shown faces morphed to have more or less of 3 dangerous character traits.

Men with a dark and brooding appearance may be more attractive to some women because of the character traits they suggest, a new study finds.

Attraction to certain dark traits may also be linked to having more offspring.

Psychologists showed women a selection of men’s faces which had been morphed to suggest certain key negative personality traits.

The three character traits are known to psychologists as the ‘dark triad’:

Dr Minna Lyons, one of the study’s authors, explained the results in detail:

“We examined whether the preferences of the women surveyed for the Dark Triad personality traits in men’s faces were related to reproductive success.

Previous studies have found that out of the three Dark Triad features, narcissism was associated with physical and psychological health benefits in men as well as social success.

Those with a preference for psychopathic men’s faces was unrelated to women’s current number of offspring.

These findings suggest that in today’s society women’s preference for some of the Dark Triad traits in men may be related to their reproductive success.”

The study was published in the journal Evolution and Human Behavior (Marcinkowska et al., 2016).