The Reason Some People Are Always Agreeing and Conforming With Others 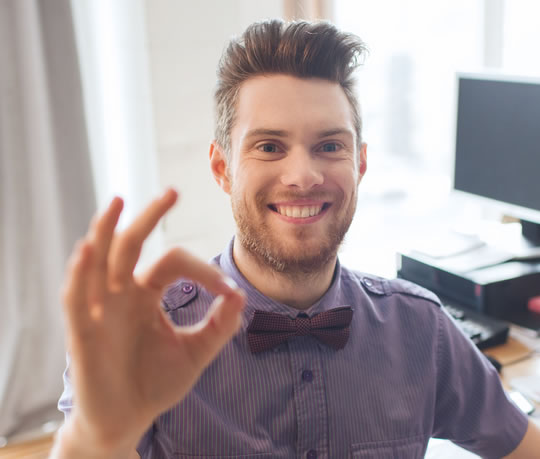 Do you know someone who always agrees, no matter what they really think?

Disagreeing with others activates areas of the brain linked to mental distress in some people, new research finds.

This helps to explain why some choose to agree all the time — it spares them psychological discomfort.

Dr Juan Dominguez, one of the study’s authors, explained:

“People like to agree with others, a social default known as the truth bias, which is helpful in forming and maintaining social relationships.

People don’t like to say that others are not telling to truth or lying because this creates an uncomfortable situation.”

Brain scans showed that when some people disagreed with others it caused lots of activation in the medial prefrontal cortex and the anterior insula.

Both of these areas have previously been linked to cognitive dissonance — a type of mental distress.

Going along with others can be beneficial in some situations, but too much conformity can be dangerous.

Excessive conformity may encourage people to make decisions that are not in their interests or allow themselves to be dominated in a relationship.

“Having a lot of trouble disagreeing due to heightened mental stress may be indicative of an array of emotional, attitudinal or social issues comprising an individual’s ability to make autonomous choices.

This can potentially lead to poor decision-making, anxiety, or difficulties in interpersonal relationships.

For example, introversion has been shown to be associated with the experience of greater dissonance discomfort.

Moreover, evidence indicates sensitivity to dissonance is linked to increased susceptibility to influence.

An excessive, pathological aversion to cognitive dissonance has even been envisioned, where individuals would effectively exhibit an inability to make decisions, on account of extreme avoidance of conflicting views and change in behavior.”

The study was published in the journal Frontiers in Human Neuroscience (Dominguez et al., 2016).