People Good At Swearing Have This Major Advantage 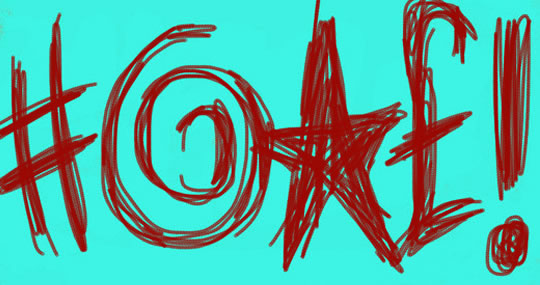 Researchers find the average number of swear words people can list in 60 seconds — and what it say about them.

Knowing how to swear, then, is not a sign of a poor vocabulary — in fact it signals a better vocabulary.

The study tested how many different swear words people could think of in 60 seconds.

This was compared with other non-swearing words, such as animal names and words beginning with a particular letter.

The study found that the average number of swear words people could recall in 60 seconds was 9 (seems low?!).

This compared to an average of 14 non-swear words and 22 different animal words.

“We cannot help but judge others on the basis of their speech.

Unfortunately, when it comes to taboo language, it is a common assumption that people who swear frequently are lazy, do not have an adequate vocabulary, lack education, or simply cannot control themselves.

The overall finding of this set of studies, that taboo fluency is positively correlated with other measures of verbal fluency, undermines the POV [Poverty of Vocabulary] view of swearing.

That is, a voluminous taboo lexicon may better be considered an indicator of healthy verbal abilities rather than a cover for their deficiencies.

Speakers who use taboo words understand their general expressive content as well as nuanced distinctions that must be drawn to use slurs appropriately.”

One caveat: this study does not test or suggest that using lots of swear words is a sign of a larger vocabulary.

It only tested (and found) that knowing them is linked to a larger vocabulary.

So there’s still no excuse for turning the air blue…

…unless, of course, you want to help persuade someone of your point of view.

Yes, incredibly, light swearing at the start or end of a persuasive speech can actually help influence an audience, according to one study on The Persuasive Power of Swearing.

The new study was published in the journal Language Sciences (Jay & Jay, 2015).