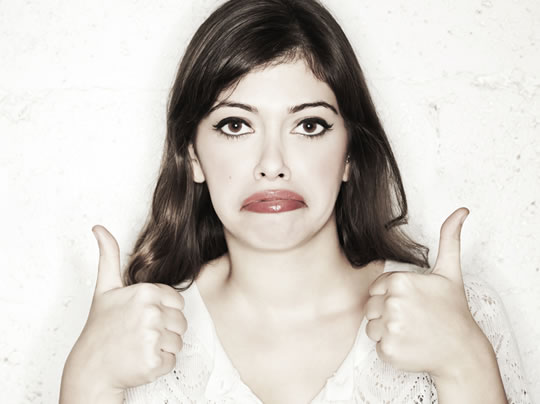 Sarcasm has an unexpected mental benefit.

Sarcasm may not even be detrimental to relationships, if used between people who know each other.

Despite being considered one of the lowest forms of wit, sarcasm requires considerable mental powers to produce.

Professor Francesca Gino, one of the study’s authors, explained:

“To create or decode sarcasm, both the expressers and recipients of sarcasm need to overcome the contradiction (i.e., psychological distance) between the literal and actual meanings of the sarcastic expressions.

This is a process that activates and is facilitated by abstraction, which in turn promotes creative thinking.”

Now researchers have discovered that sarcasm can cause creativity, rather than just being its byproduct.

“Not only did we demonstrate the causal effect of expressing sarcasm on creativity and explore the relational cost sarcasm expressers and recipients have to endure, we also demonstrated, for the first time, the cognitive benefit sarcasm recipients could reap.

Additionally, for the first time, our research proposed and has shown that to minimize the relational cost while still benefiting creatively, sarcasm is better used between people who have a trusting relationship.”

Participants in the study were put into three different conditions to have a simulated conversation: neutral, sarcastic or sincere.

This suggests that sarcasm has the potential to catalyze creativity in everyone.

That being said, although not the focus of our research, it is possible that naturally creative people are also more likely to use sarcasm, making it an outcome instead of [a] cause in this relationship.”

Amongst people who are comfortable with each other, sarcasm does not seem at all detrimental.

The study was published in the journal Organizational Behavior and Human Decision Processes (Huang et al., 2015).