8 Psych Studies On How Women Can Get Hit On More…Which is Most Obvious? 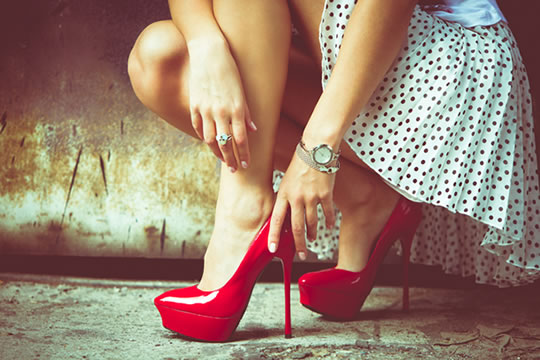 Could these be 8 of the most obvious findings about attraction ever?

Women wearing high-heels are more attractive to men than those wearing flats, a recent study has found.

Also, the higher the heels, the greater men’s helping behaviour and the more women are hit on.

The French research is the first ever to look at the vexed question of how a woman’s high-heels affect the behaviour of men (Guéguen, 2014).

The research had a woman wearing either flat shoes, 5cm heels or 9cm heels while asking both men and women to fill in a questionnaire or just hanging around in a bar.

The study is the latest in a long-running line of research into important questions we all know the answer to but scientists have gone ahead and confirmed anyway.

Here are the other seven:

If it’s troubling you that all of these points are related to the body rather than the mind, then Professor Guéguen has the following reminder:

In sex differences in human mate preferences conducted in 37 cultures, Buss (1989) reported that males value physical attractiveness in potential mates more than females do in 34 cultures.”

And you thought we lived in enlightened times?

Incidentally, for men who are looking to be more attractive to women, I only have one piece of advice to add to the usual (get rich and famous) and that’s to always carry a guitar case around with you.