The Daily Chore That Can Increase Mental Stimulation and Decrease Anxiety 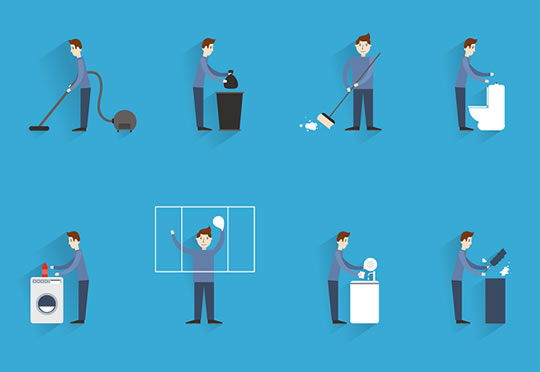 When done properly, the chore decreased nervousness by 27% and increased mental inspiration by 25%.

Mindful dishwashing can decrease stress and calm the mind, a new study finds.

People in the study focused on the smell of the soap, the feel and shape of the dishes to help them enter a mindful state.

Doing the dishes in a mindful way also increased the pleasurable feeling of time slowing down, the researchers found.

“I’ve had an interest in mindfulness for many years, both as a contemplative practitioner and a researcher.

I was particularly interested in how the mundane activities in life could be used to promote a mindful state and, thus, increase overall sense of well-being.”

In the study 51 people were split into two groups.

One group did the dishes in their normal way — most likely while letting their minds wander to the usual anxieties.

The other group were encouraged to focus on the sensory experience of washing the dishes.

The mindful group showed a 27% decrease in nervousness.

They also reported a 25% increase in mental inspiration.

This was an impressive result given that people were only washing dishes for six minutes.

“It is interesting to note that a task potentially construed as unpleasant or a “chore” can be experienced as reducing nervousness and being inspirational by simply shifting one’s approach to the task and quality of attention.

That mindfulness practices elevate mindfulness, encourage positive affect, and decrease negative affect is well established; however, that these changes were associated with the coupling of a mindful practice with an everyday task is a novel finding.”

Why stop at mindful dishwashing?

Mindfulness can be incorporated into almost any ordinary or even extraordinary activity.

Here are a few suggestions: Mindfulness Meditation: 8 Quick Exercises That Fit into Your Day

The study was published in the journal Mindfulness (Hanley et al., 2015).