Why Running Makes Us Happy – It’s More Than Endorphins 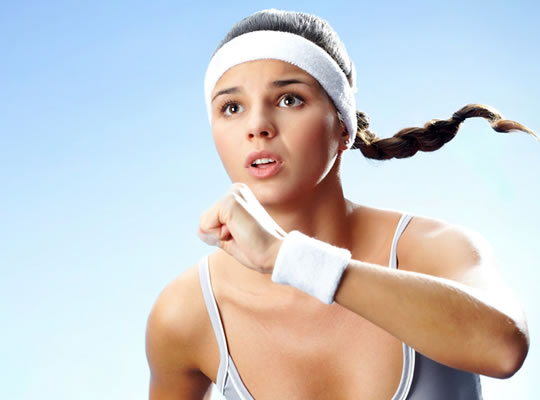 Why exercise feels so rewarding.

The so-called ‘runner’s high’ is down to more than just endorphins, a new study finds.

A neurotransmitter called dopamine — which is involved in motivation — is also responsible for the feeling of well-being.

“We discovered that the rewarding effects of endurance activity are modulated by leptin, a key hormone in metabolism.

Leptin inhibits physical activity through dopamine neurons in the brain.”

It’s fascinating that leptin — known as the satiety hormone — is involved in both exercise and food.

The theory is that in the past humans had to run to increase their chance of getting food — hence the connection.

Indeed there is even a link between leptin and athletic ability, as Dr Maria Fernanda Fernandes, the study’s first author, explained:

“Previous studies have clearly shown a correlation between leptin and marathon run times.

The lower leptin levels are, the better the performance.

Our study on mice suggests that this molecule is also involved in the rewarding effects experienced when we do physical exercise.

We speculate that for humans, low leptin levels increase motivation to exercise and make it easier to get a runner’s high.”

In the research, some mice were genetically engineered to suppress the effects of leptin.

The results showed that these mice ran less, supporting the connection between leptin and exercise.

Effectively, the body’s hormones are telling the brain — if I’m hungry, it’s fun to run and get some more food.

The research was published in the journal Cell Metabolism (Fernandes et al., 2015).