Why Our Photos Don’t Look How We Expect 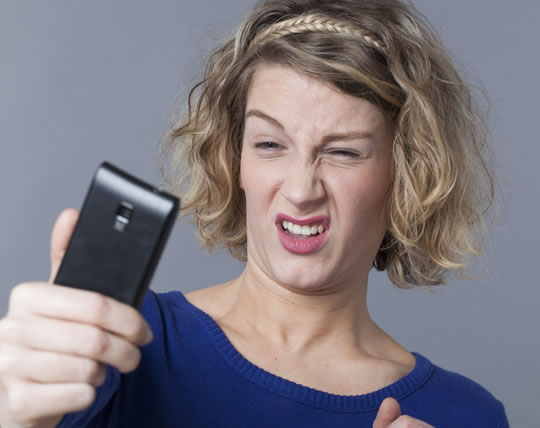 Not happy with your selfie? There’s a psychological reason for that…

Strangers can make better selections of photos that ‘look like us’ than we can ourselves, a new study finds.

The conclusions come from a study looking at how accurate people are at checking photo IDs.

“It seems counter-intuitive that strangers who saw the photo of someone’s face for less than a minute were more reliable at judging likeness.

However, although we live with our own face day-to-day, it appears that knowledge of one’s own appearance comes at a cost.

For the study, people chose pictures if themselves from Facebook and ranked them from most to worst likeness.

A group of strangers then tried to match up the photos with a short webcam video of each person.

The strangers chose a different set of ‘good likeness’ pictures than people did of themselves.

The photos chosen by strangers led to 7% more accurate identification.

“In face-to-face encounters with unfamiliar people, it is often necessary to verify that we are who we claim to be.

For example, we are asked to prove our identity when processing financial transactions and crossing borders.

In these and many other commonplace situations, photo-ID is the most common method for identity verification.

However, despite the clear importance of this visual task, previous research has shown that we are quite poor when matching photos of unfamiliar faces.”

People trying to match photo ID to faces make errors around 30% of the time, studies have found.

And even professionals, like passport and police officers, do no better.

The psychologists also tested whether it made any difference if people were smiling in the photos.

“Interestingly we also noted there were better results when people were smiling in the photos.

It is interesting that current passport guidelines prohibit smiling in photographs because this ‘distorts the normal facial features’.

Given that faces are generally pictured smiling, and these images are rated as being more like familiar faces, it may be beneficial to permit expression in passport photographs.”

The study was published in the British Journal of Psychology (White et al., 2015).

Unhappy with selfie image from Shutterstock