The Learned Attitude That Makes Children More Anxious and Violent 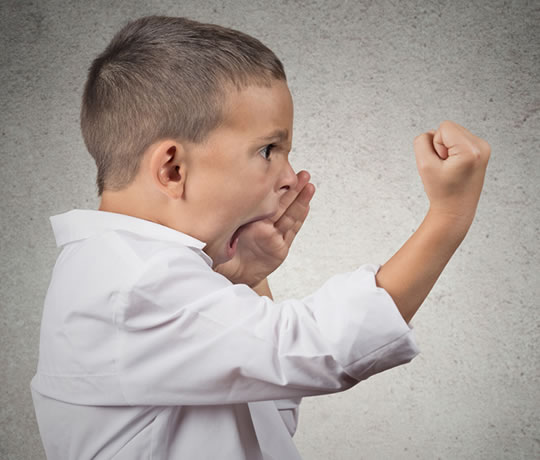 Comparison of children in 12 countries reveals the most aggressive, and why.

Children who expect others to be aggressive are more aggressive themselves, new international research concludes.

Professor Kenneth A. Dodge, who led the study, said:

“When a child infers that he or she is being threatened by someone else and makes an attribution that the other person is acting with hostile intent, then that child is likely to react with aggression.

This study shows that this pattern is universal in every one of the 12 cultural groups studied worldwide.”

The research compared 1,299 children in the US, Italy, Jordan, Kenya Thailand, China — 12 countries in all.

Children were given scenarios to read involving common situations that could be interpreted ambiguously.

For example, when someone bumps into you it could be an aggressive move, but it’s more likely to be an accident.

“Our research also indicates that cultures differ in their tendencies to socialize children to become defensive this way, and those differences account for why some cultures have children who act more aggressively than other cultures.

It points toward the need to change how we socialize our children, to become more benign and more forgiving and less defensive.

It will make our children less aggressive and our society more peaceful.”

Countries where children were the least aggressive included Sweden and China.

The most aggressive children were found in Italy and Jordan.

Professor Dodge thinks the way children are socialised is key:

“The findings point toward a new wrinkle to the Golden Rule,

By teaching our children to give others the benefit of the doubt, we will help them grow up to be less aggressive, less anxious and more competent.”

The study was published in the Proceedings of the National Academy of Sciences (Dodge et al., 2015).