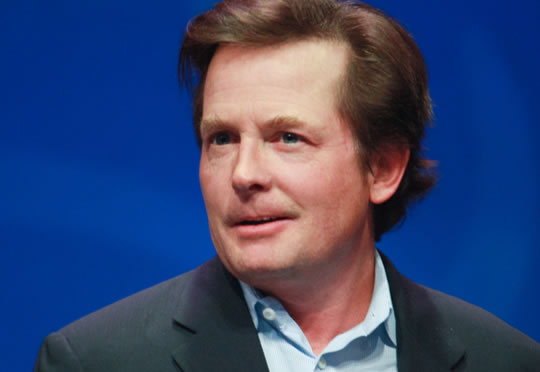 Michael J Fox, who suffers from Parkinson’s, is an advocate for research into the disease.

Parkinson’s disease is caused by a loss of cells in part of the brain called the substantia nigra.

This leads to a reduction in the production of a neurotransmitter called dopamine.

Since dopamine helps regulate movement, Parkinson’s causes tremors and involuntary movements, as well as stiff and inflexible muscles, among other symptoms.

The new research, carried out by researchers in the US and Singapore, could be a breakthrough.

Dr Yoon Ho Sup, one of the study’s authors, said:

“Our discovery brings hope for the millions of people suffering from Parkinson’s disease, as the drugs that we have found to have worked in the laboratory tests have already been used to treat malaria in patients for decades.

Our research also shows that existing drugs can be repurposed to treat other diseases and once several potential drugs are found, we can redesign them to be more effective in combating their targeted diseases while reducing the side effects.”

The two anti-malaria drugs, Chloroquine and Amodiaquine, were among around 1,000 tested.

Rats with Parkinson’s showed improvements in their behaviour and no signs of the disease after being treated with the drug.

Professor Kwang-Soo Kim, another of the study’s authors, and expert on Parkinsons’, explained some of the problems with existing treatments:

“…[existing] pharmacological and surgical treatments address the patient’s symptoms, such as to improve mobility functions in the early stages of the disease, but the treatments cannot slow down or stop the disease process.

Backed by various lines of scientific evidence, Nurr1 is known to be a potential drug target to treat Parkinson’s.

Despite great efforts from pharmaceutical companies and academia, no one has managed to find a molecule which can directly bind to it and activate it, except for us.”

It is hoped these drugs can be modified to provide a better treatment for Parkinson’s than those that already exist.

The study was published in the Proceedings of the National Academy of Sciences (Kim et al., 2015).