How To Be Content When Your Life Feels Out of Control 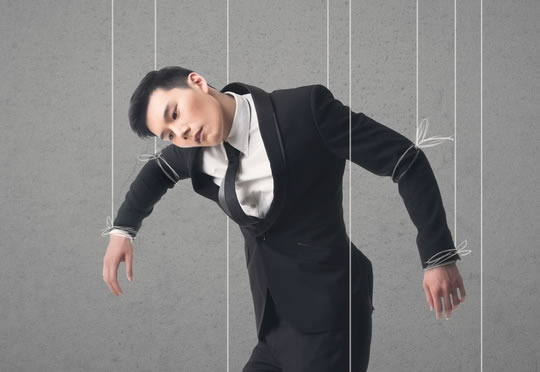 How to feel mastery and satisfaction with life — even when it’s spinning out of control.

We all want to exert control over our lives, and that control feels good.

But life can spin out of control.

No matter how hard we try, some things are hard to change.

New research finds that accepting and adapting to circumstances that can’t be changed is linked to fewer negative emotions.

Dr Erik G. Helzer, one of the study’s authors, said:

“Think of the old Frank Sinatra song, ‘My Way.’

A man is looking back on his life, and he generally feels satisfaction with how things turned out, but it wasn’t all happiness.

That’s a richer notion of what it means to live a good, full life.

It’s an attitude that doesn’t downplay the negative experiences of life, and yet it allows for a different kind of engagement with life so that reappraisal and learning can occur and lead to greater satisfaction.”

The study tested the effects of two different types of control on felt emotions.

Primary control is all about controlling and creating your destiny, while secondary control refers more to accepting things that can’t be changed.

“… secondary control is about being able to fit one’s experiences into a broader narrative of life.

Gaining mastery of your life and feeling satisfaction shouldn’t be the domain exclusively of primary control.

The idea of gaining mastery over your circumstances without having to conquer them is an important one.

That’s one thing we wanted to get across in this paper, that secondary control shouldn’t be viewed as a passive, second-best, last-resort strategy, as it is in the previous literature.”

In the survey of over 500 people, the researchers found that both primary and secondary control were linked to positive emotions.

Only primary control, though, was linked to negative emotions.

This is presumably because trying to fight things that can’t be changed is often worse than accepting them.

“You don’t have control over a lot of situations, at work or elsewhere in your life.

But you do have control over your response to it, over the meaning you assign to the event.

Sometimes you have to give up on the idea that ‘I just want to show that I’m right.’

It’s important to note that secondary control can be just as active and beneficial a method as primary control.”

The study was published in the journal Social Psychological and Personality Science (Helzer & Jayawickreme, 2015).

• Read on: Self-acceptance is also a key happy habit: 10 Simple Habits Proven to Make You Happier.