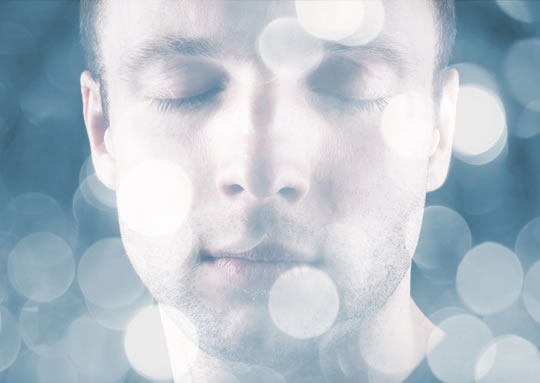 Out-of-body illusion created in the lab reveals how we know where we are.

Neuroscientists have created an illusion of an out-of-body experience in the lab, a new study reports.

With people placed inside a brain scanner, they were virtually ‘teleported’ around the room.

At the same time their brains were scanned to see how we locate ourselves in space.

To create the illusion for the study, published in the journal Current Biology, neuroscientists put head-mounted displays on 15 people (Guterstam et al., 2015).

They were then virtually teleported by having the display’s perspective moved around the room (see below). 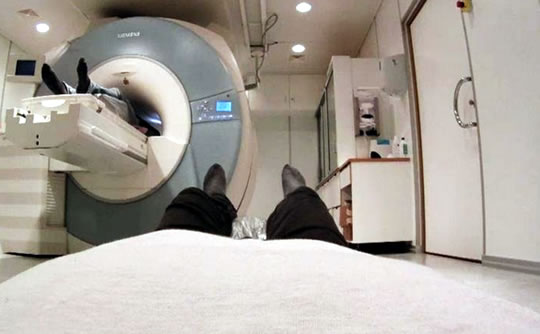 To complete the illusion, the person’s body was touched at exactly the same time and place as the body they could see — and were led to believe was their own.

“In a matter of seconds, the brain merges the sensation of touch and visual input from the new perspective, resulting in the illusion of owning the stranger’s body and being located in that body’s position in the room, outside the participant’s physical body.”

The scans revealed that the brain locates itself in space using specific areas in the temporal and parietal lobes.

“The sense of being a body located somewhere in space is essential for our interactions with the outside world and constitutes a fundamental aspect of human self-consciousness.

Our results are important because they represent the first characterization of the brain areas that are involved in shaping the perceptual experience of the bodily self in space.”

One of the regions the study found is important in locating the self in space is the hippocampus.

Nobel Prize winning research has already shown that cells in the hippocampus of a rat’s brain (known as ‘place cells’) provide a kind of GPS system for self-location.

“This finding is particularly interesting because it indicates that place cells are not only involved in navigation and memory encoding, but are also important for generating the conscious experience of one’s body in space.”