Tested: Whether People Think Better on Their Feet or Seated 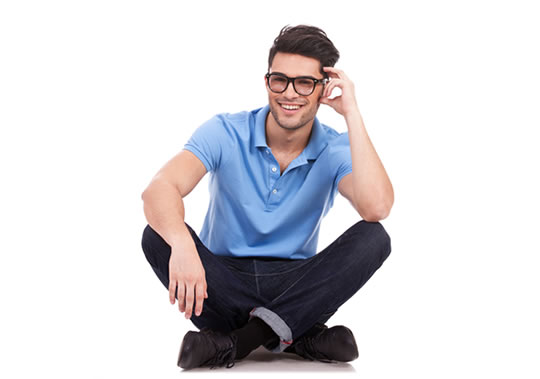 Do people really think better on their feet?

Students using ‘standing desks’ pay more attention in class than those who are seated, a new study finds.

Standing rather than sitting while learning led to students paying an extra 7 minutes of attention in each hour to their studies.

Dr Mark Benden, one of the study’s authors and associate professor at the Texas A&M Health Science Center School of Public Health, said:

“Standing workstations reduce disruptive behavior problems and increase students’ attention or academic behavioral engagement by providing students with a different method for completing academic tasks (like standing) that breaks up the monotony of seated work.

Considerable research indicates that academic behavioral engagement is the most important contributor to student achievement.

Simply put, we think better on our feet than in our seat.”

For the study 282 children between about 7- and 10-years-old were followed over the academic year.

Some classes had regular desks, while others had standing desks.

Students were not forced to stand all day as the special desk also has a stool on which they can sit (below). 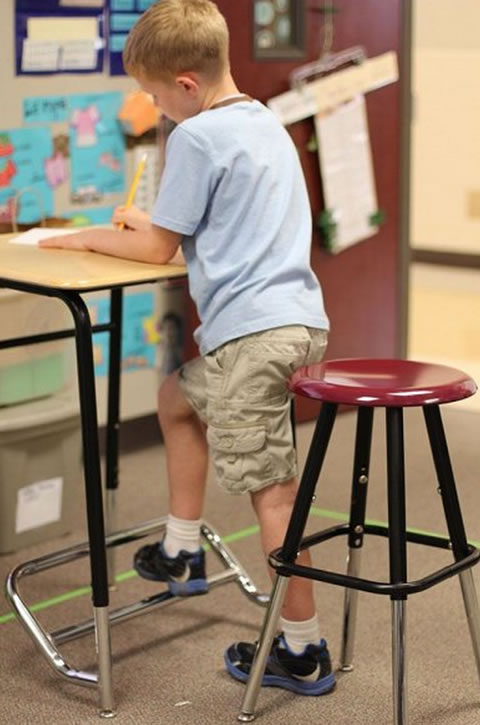 The desk was originally designed to help combat obesity and stress on the spine from sitting.

Indeed, previous research suggests they can also increase calorie consumption by 15% (and 25% amongst obese children).

This is the first study to look at the effects on students’ engagement.

The results showed that those using the standing desk were more likely to:

The research is published in the  International Journal of Health Promotion and Education (Dornhecker et al., 2015).